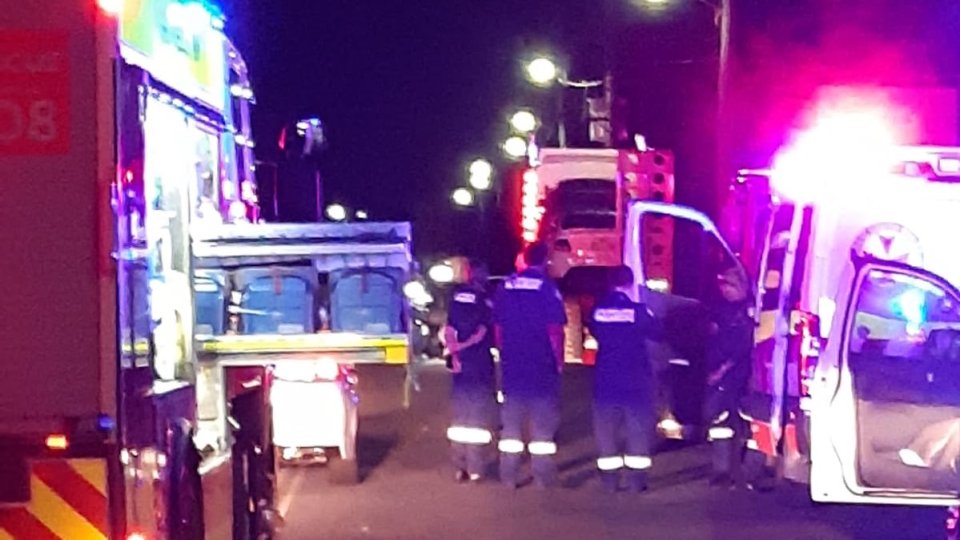 A 57-year-old man is dead after a hydraulic ramp fell on him while he was unloading vehicles from a truck in Sydney's southwest. Photo: Twitter/@Kim_Pratt10

A 57-year-old man has been crushed to death in Sydney’s southwest while unloading vehicles from a truck.

Paramedics were called to Ingleburn after 7.30pm on Tuesday following reports a hydraulic ramp had fallen on him.

Despite attempts to save the man, he died at the scene.

The incident is now under investigation by police and the state’s workplace safety authority.

“SafeWork NSW is investigating after a man was killed while appearing to unload vehicles from a truck at Ingleburn last night,” a spokesman for SafeWork said in a statement on Wednesday.

“SafeWork NSW Inspectors are on site and the investigation is ongoing.”

A spokesman for NSW Police said officers would prepare a report for the coroner.