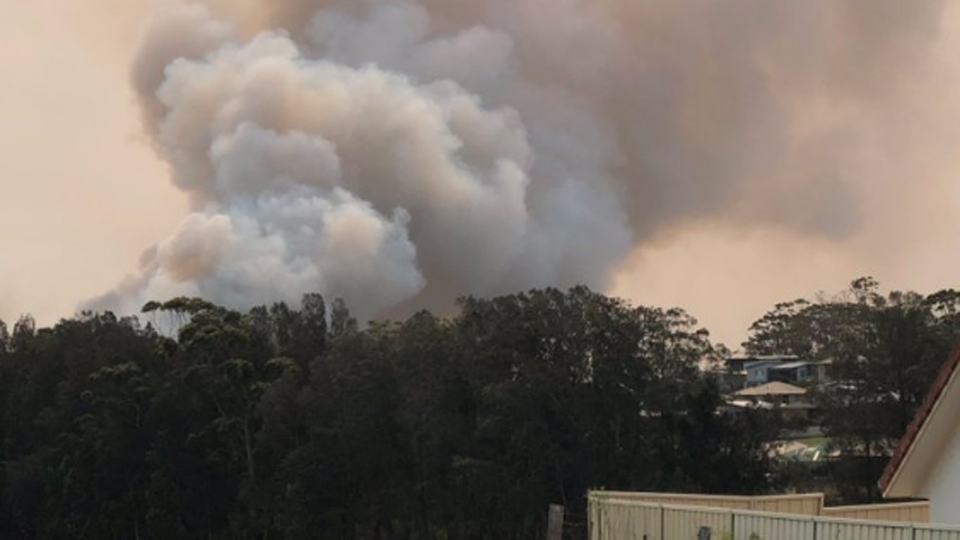 An emergency warning has been issued for a bushfire burning out of control near Port Macquarie in northern NSW.

The fire is burning in the vicinity of Lake Innes, south of Port Macquarie, and has scorched 700 hectares.

“The fire has breached containment lines and is moving quickly in a southerly direction towards Lake Cathie,” the NSW Rural Fire Service said on Tuesday.

“If the fire does impact on properties, people should protect themselves from the heat of the fire,” an RFS spokesman said.

Bombers are attacking the blaze as it heads towards Lake Cathie.@nbnnews pic.twitter.com/1rzjoKEVri

“We have sent emergency alert text messages to homes in the area,” he told 2GB radio.

“We are expecting those winds to maintain very strong strength across the course of the day so there may be further areas that come under threat later on.”

Inspector Shepherd said wind gusts of 60km/h could throw embers well ahead of the firefront.

“The risk is people might jump on the road [because] it looks clear [then] a spot fire develops and it then starts to impact on the road,” he said.

“The best course of action, especially with Lake Cathie, is just to seek shelter as the fire approaches.”

There are no total fire bans in place for NSW for Tuesday. But there is very high fire danger in the north-western and northern slopes areas.

Regions in the state’s east also have a high fire danger rating.