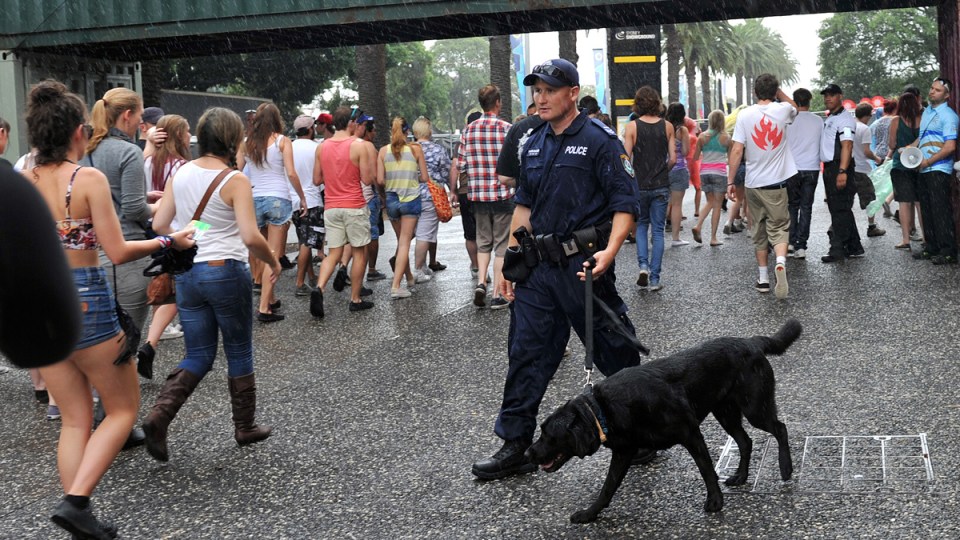 One officer said he performed 19 strip searches at the festival, and found only one drug - a Valium tablet. Photo: AAP

An officer involved in policing at the 2018 Splendour in the Grass has admitted to an inquiry that strip searches conducted at the music festival were unlawful.

The senior constable, who cannot be named for legal reasons, performed 19 strip searches across two days at the July 2018 festival.

The commission was told that from the officer’s 19 strip searches, only one patron was found to have drugs – a valium tablet.

The NSW Law Enforcement Conduct Commission is investigating whether police engaged in “serious misconduct” by strip-searching a 16-year-old girl after a sniffer dog falsely detected drugs on her.

The officer, who has been in the force for more than 14 years, told the public hearing on Tuesday that police relied on their general knowledge of search powers.

The obligations were not mentioned in a 15-minute morning briefing at the festival.

He insisted police had a “reasonable belief” the searched revellers had drugs due to sniffer dog indications, but conceded the regulations also called for a threshold of “urgency” to be met.

“There were no circumstances of urgency,” Chief Commissioner Michael Adams QC said.

“No,” the officer replied.

“From which it follows, I think you agree, the searches were not lawful,” Mr Adams said.

Mr Adams put it to the witness that the issue of urgency had never “come across your radar” when they conducted searches.

“Yes that’s fair to say, sir. This has been a massive learning experience for me,” the witness replied.

The officer said since the festival, two training days had been held where senior police explained the exact obligations of officers during searches.

He said despite being in the police force for more than a decade, it was the first time the specific obligations had been mentioned.

In a statement seen by the LECC on Monday, the teenager said she was left feeling “completely humiliated” when she was strip searched.

The girl was searched on her own, and the commission has heard police regulations dictate a parent, guardian or independent support person must be present when a person between the ages of 10 and 18 is searched.

The commission was also given figures showing fewer than 10 per cent of people strip searched at the festival had drugs on them.