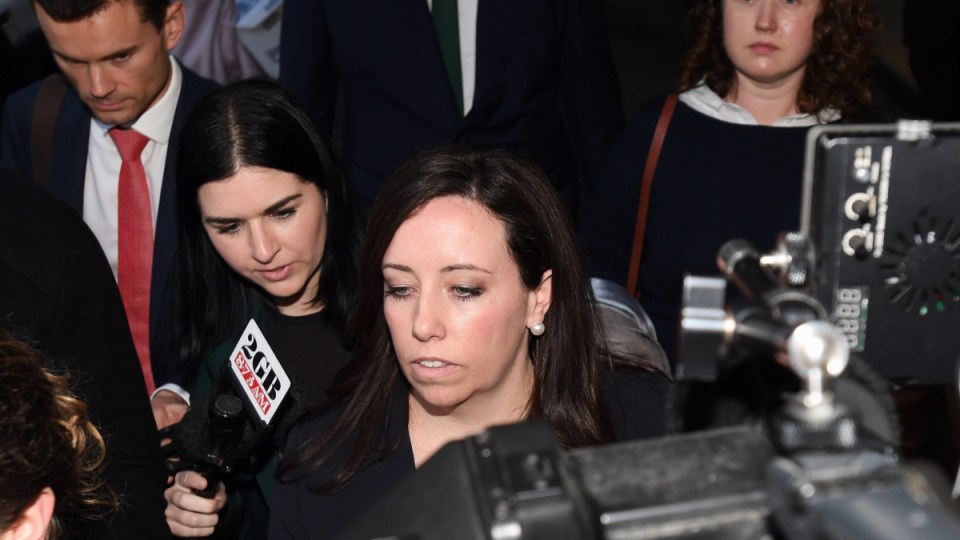 The Labor Party’s first female secretary in NSW Kaila Murnain has quit with a $700,000 payout, blasting a “nasty culture” of sexism in the party.

The vast majority of money is for her legal costs – believed to be about $450,000 – associated with the ICAC inquiry into ALP donations.

Labor indicated on Thursday it would seek to recover those costs from insurance cover with its previous law firm, Holding Redlich.

ICAC is investigating whether the ALP took a $100,000 donation from a banned donor Huang Xiangmo. The Chinese businessman was subsequently banned from re-entering Australia on national security grounds.

In a statement, Ms Murnain apologised to the party’s membership.

“I dedicated my entire life to Labor. I am devastated to leave. I’m sorry to have let you down,” she said.

“I joined the Labor Party in 2000, when I was a high school kid growing up on a farm in Narrabri [in northern NSW]. In February 2016, I became general secretary. I was the first woman to fill this role. I was 29 years old.”

Ms Murnain was elevated to the role after her predecessor, Jamie Clements, was embroiled in a scandal over an extramarital affair.

“The circumstances leading up to my election in 2016 were horrendous. I believe it is inarguable that our party has never fully grappled with the nasty culture of sexism which women face in politics,” she said.

ICAC has been told Ms Murnain was horrified to learn of the $100,000 donation, which was made before she was ALP secretary.

But she did not report it to authorities at the time. Ms Murnain wept in the witness box while giving evidence and spoke of her deep regret she did not disclose the donation.

NSW Opposition Leader Jodi McKay said Ms Murnain had made a terrible error of judgment. She also again insisted she had “no further future in the Labor Party”.

“My focus now is on cleaning up head office. This must never happen again,” she said.

“Any person should receive their lawful entitlements. I am outraged on behalf of our thousands of loyal, decent party members that it has been such a drawn-out process.”

Please see my statement below. pic.twitter.com/xMUpnuVp08

Ms Murnain has been on leave on full pay from her $300,000-a-year job for more than two months during the ICAC hearings.

In a statement, Labor Party president Mark Lennon suggested Ms Murnain had not secured a payout beyond her existing long service leave and holiday entitlements.

“The terms of the separation agreement are confidential but consist of Ms Murnain’s basic legal entitlements,” she said.

“The party is actively considering seeking the recovery of all its costs related to the [ICAC] inquiry, including the sum payable to Ms Murnain, under its insurance policies and from its previous lawyers.”

Rail, Tram and Bus Union official Bob Nanva is tipped to become the party’s next general secretary. However, the role is expected to be restructured following a review announced by federal leader Anthony Albanese and Ms McKay.

In the meantime, Mr Nanva is expected to nominate for the assistant general secretary role, which is also vacant. He is then likely to act in the top job until his appointment is finalised.