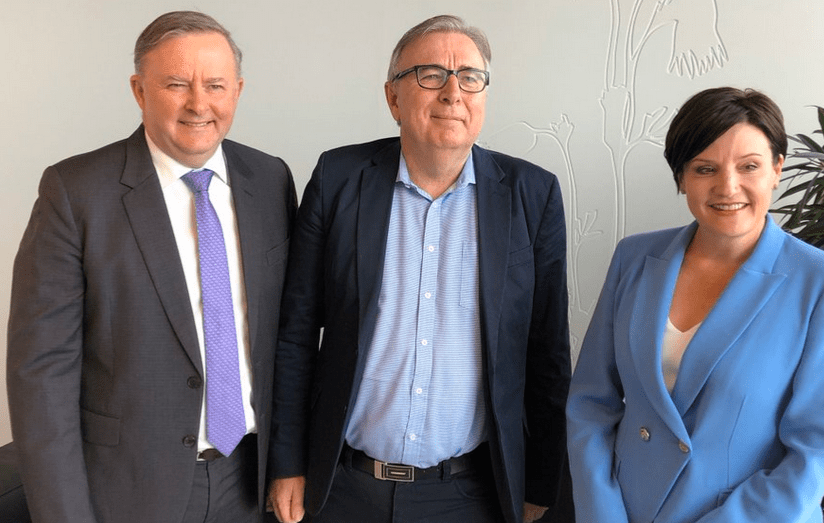 New South Wales Labor’s head office is set for a shake-up, with a new review aiming to “strengthen a culture of compliance” with rules and laws governing the party.

Federal and State Opposition Leaders Anthony Albanese and Jodi McKay announced the comprehensive review into the structure of the state’s head office and role of the general secretary.

It comes in the wake of damning revelations at the current Independent Commission Against Corruption (ICAC) investigation into alleged illegal donations.

The review will be conducted by Professor Michael Lavarch, a former federal attorney-general who served under then-prime minister Paul Keating.

Mr Lavarch said the review would focus on the state party’s governance structure and examine broader party activities and whether it was compliant with donation and general election laws.

“This can be a watershed moment in terms of ensuring the NSW branch meets the highest expectations of all of the party members,” Professor Lavarch said.

Ms McKay said the party would not be appointing a new general secretary before the review was completed.

The position, which oversees much of the administrative operations of the party, was held by Kaila Murnain, who was suspended over her knowledge of an alleged illegal $100,000 cash donation to the Labor Party.

The ICAC inquiry heard Ms Murnain knew that a plastic Aldi bag full of cash had been delivered to NSW Labor headquarters just before the state election in 2015.

Ms McKay and Mr Albanese said the general secretary of the state branch had too much power and was seen as having “papal infallibility”.

“I think it’s become obvious from the ICAC inquiry hearings that there is far too much power and responsibility vested in the general secretary currently,” she said.

“It is no longer whatever it takes — that ended a long time ago — but our head office has to reflect that.”

Mr Lavarch said a “gap in the culture and the expectations” of the broader party and head office had “brought such dispirit” within party members.

Earlier this year, Mr Albanese said the conduct and behaviour of the NSW branch of his party had put Labor in a “diabolical position”.

“This behaviour is completely unacceptable to me, and I find it quite shocking the revelations that have been made before the ICAC,” he said.

Mr Albanese, who represents the Sydney electorate of Grayndler, said the allegations should be a catalyst for cultural change within the Labor Party.

In September, he said he would not conduct a review until the ICAC hearings were finished.

The announcement follows a tumultuous and scandal-plagued year for Australian Labor Party, which was defeated in both the NSW state election and Federal Election this year.

Nick Kyrgios to face court accused of assault
Fourth of July shooting suspect ‘planned for weeks’ and dressed as a woman to evade police
Russia shells Ukraine’s Donetsk region in bid for more territory in east
Sweden, Finland move closer to NATO membership
Weather forces NASA to delay rocket launch from NT base
England claims record chase in Test win over India
Hundreds of climate scientists call on protesters to step up efforts to save the planet
Today's Stories