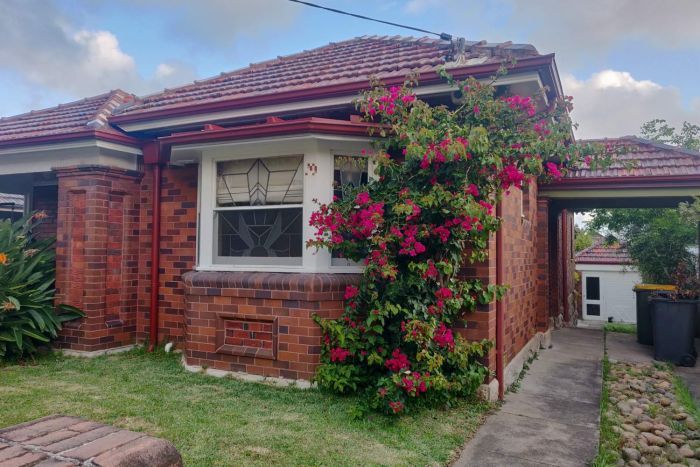 The childcare centre was run out of this building in Randwick. Photo: ABC News: Kevin Nguyen

A Sydney childcare network warned to lift its standards in 2015 has been shut down following the death of a baby boy at one of its facilities.

An ABC investigation found that despite giving the Kidstart Family Day Care (KFDC) centre a low rating in 2015, the NSW Government did not re-audit it before the child died in March this year.

The ABC understands more than 40 centres operated by KFDC were shut down and children relocated following the death of the six-month-old boy at the Randwick facility.

Neighbours described the death – which was the subject of a joint investigation between NSW Police and the Department of Education – as “disturbing” and “unexpected”.

The State Coroner is also investigating the circumstances surrounding the death.

The education department has told the ABC the centre was “immediately suspended from operating and then shut down”.

They also said the educator who was providing care at the time was issued a prohibition order.

The KFDC network employed dozens of early childhood educators in Sydney, and was inspected by Government childcare regulators in 2015.

Their report showed it fell short in six out of seven critical benchmarks.
Federal Government records showed KFDC had its approval to provide childcare suspended a week after the death because of “non-compliance”.

Despite issuing notifications for improvements to KFDC, authorities never reassessed any of its centres.

Authorities are yet to determine the cause of death, which the education department said remained under investigation.

“This tragedy is heartbreaking for the child’s parents, family and their friends,” a department spokesperson said.

“Department staff continue to provide support to the family and are regularly updating them on the progress of the investigation.”

The ABC understands 40 centres in the KFDC network were closed after the death and some children in care were relocated to other providers.

A source close to the investigation that was carried out by NSW Police and the Department of Education earlier this year told the ABC the operator’s book-keeping standards were examined by authorities.

Specifically, the investigation probed whether all 180 children registered for Federal Government subsidies by KFDC were in regular care.

The operator was at the time receiving Federal Government money through the Commonwealth Childcare Subsidy Scheme (CCSS).

The ABC has filed a freedom of information request about the incident and other deaths in NSW childcare centres, which has been rejected by the education department.

The ABC is now appealing that decision.

It can be revealed childcare regulators had assessed KFDC and gave them the second-lowest rating, out-of-five, for standard of education and care in 2015.

The 2015 inspection results published by the Australian Children’s Education and Care Quality Authority (ACECQA) show KFDC received instructions to lift its standards including in “physical environment” and “children’s health and safety”.

The second-lowest rating, according to ACECQA, means the “services provides a safe education and care program” but had “areas identified for improvement”.

According to national guidelines cited in an auditor general’s report, any service with Kidstart’s rating is “to be reassessed within 12 months”.

The education department spokesperson said the ratings were “not a pass or fail system”.

It said there were no “legislative requirements” to reassess services with KFDC’s rating within a year.

“But the Department works with a range of other regulatory authorities and the Commonwealth Government to shut down unscrupulous operators in this sector,” a spokesperson said.

Data seen by the ABC shows the Bankstown operator went over 1,330 days without an assessment prior to its license being suspended the week of the infant’s death.

“Services are simply going too long between assessments,” she said.
“Families want to know that the service they send their child to is a safe place, where their child can receive quality early education and quality care.”

The length of time to re-assess KFDC is not an anomaly.

The ABC has identified almost 4,000 NSW family day cares with the same rating as KFDC which have gone over one year without a reassessment.

A Mount Druitt day care went almost seven years without a reassessment for extensive compliance issues before it had its provider approval cancelled by the Education Department last October.