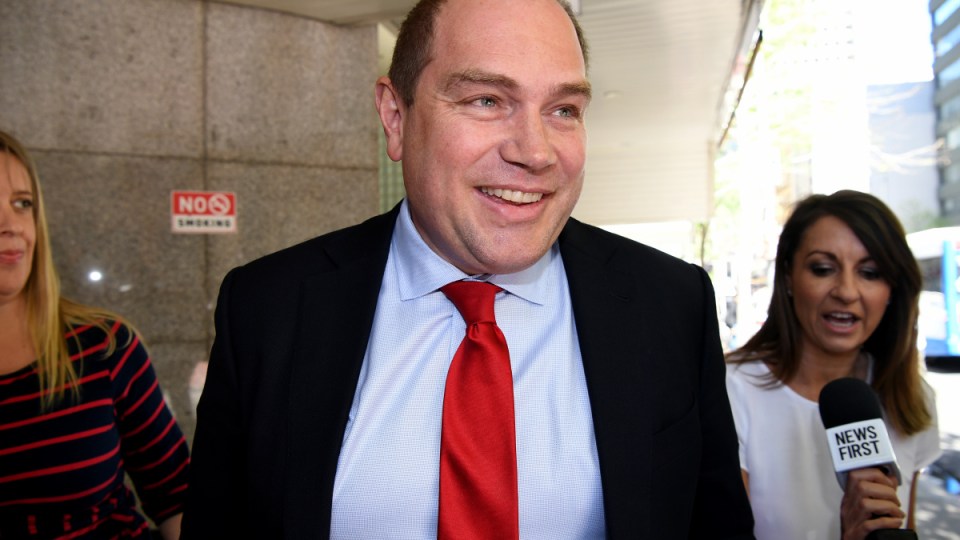 The Chinese billionaire also hired Mr Clements on a retainer of $4000 per week for three years – more than $600,000 in total – as a consultant after his exit.

Mr Clements, who resigned in January 2016, appeared on Wednesday in Sydney before the Independent Commission Against Corruption, which is examining $100,000 in cash donations to a 2015 Chinese Friends of Labor dinner.

Mr Huang has been accused of being the true source of the $100,000 given at the dinner, although the money purportedly came from 12 “straw donors”.

As a property developer, Mr Huang, now banned from Australia, was barred from making NSW political donations at the time.

Mr Clements told ICAC he had grown close to Mr Huang in the second half of 2015, around the same time he was embroiled in harassment allegations.

A Labor staffer had sought an apprehended violence order against him, prompting a NSW Police investigation that did not result in charges.

Having stepped aside from his general secretary role pending an investigation, Mr Clements said Mr Huang requested to see him at his Mosman mansion.

When he arrived, the inquiry heard, Mr Huang led Mr Clements upstairs to a room and gave him a closed wine box.

Mr Clements told the inquiry he paid half his legal fees in relation to the sexual harassment allegations with the cash.

“I had a lot going on at the time. I had to face a police interview. I believed I was about to lose my job. I was told I’d been charged … I was just hit with an AVO. I admitted to my wife I’d had an affair,” Mr Clements said.

“Huang talked to me about being concerned for me and that he felt everything was going to be OK … I was in all sorts.”

Mr Clements said he did not bank the cash as he shared an account with his wife, to whom he did not want to explain the money’s origins.

The union had requested the money from NSW Labor but Mr Clements said the party could not provide the funds, so he approached Mr Huang.

Mr Clements said he didn’t know Mr Huang’s political inclinations but knew he had donated to all major Australian political parties and insisted his $35,000 was a “gift” and not given on a quid pro quo basis.

He thought Mr Huang wanted “friendship, proximity to power” from his relationship with Mr Clements and other political figures.

Weeks after his resignation from NSW Labor, Mr Clements was given free Sydney CBD office space and a $4000-per-week retainer to work as a general consultant for Mr Huang, involving legal and media advice.

That consultancy was terminated in February 2019.

Earlier on Wednesday, the former Labor party boss denied he “hated the guts” of his successor, Kaila Murnain, while insisting she was responsible for party fundraising under his leadership.

Mr Clements, who oversaw NSW Labor at the time of the CFL dinner, claimed he delegated some day-to-day roles to his assistant secretaries.

Ms Murnain, who was suspended over her role in the scandal, was Mr Clements’ assistant secretary aligned to the NSW Labor right faction.

He denied suggestions he was deliberately distancing himself from Labor’s fundraising efforts due to ICAC scrutiny.