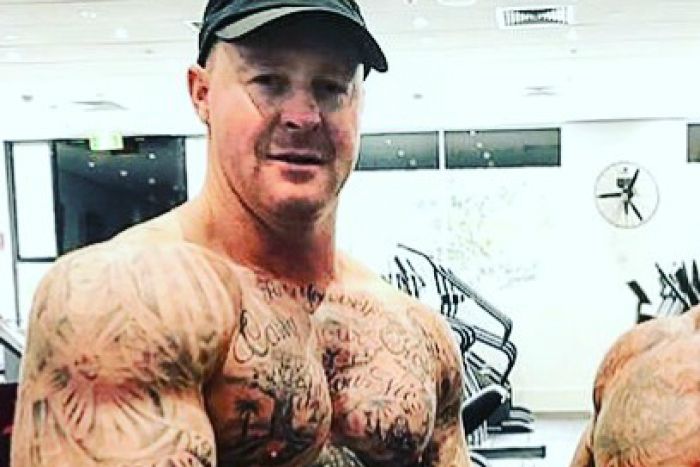 A gunman shot dead by police in Sydney overnight had threatened his pregnant former partner before embarking on an hour-long shooting rampage.

The suspected gunman, identified as bodybuilder Daniel King, 32, had reportedly been pressuring his former partner to have an abortion before matters escalated on Wednesday night.

Armed with a pump-action, 12 gauge shotgun, King allegedly targeted the woman’s home in the Sydney suburb of Marayong before firing at two police stations.

He died after being shot repeatedly by police in Penrith.

Stacey Taylor, who is 27 weeks pregnant, told reporters the pair had become estranged after he claimed the baby was not his and he demanded a DNA test.

Ms Taylor told News Corp King started to send “threats”, including hiring a hitman to kill her and her unborn baby.

After shooting at Ms Taylor’s home, King drove to St Marys Police Station where he continued his shooting spree. He continued on to Penrith Police Station, where the moment he was killed at 9.35pm was filmed by terrified onlookers.

“I’m not joking, look I’m telling you this is happening, in front of my own eyes,” a woman can be heard screaming in video clip.

The footage shows a man aiming a shotgun at officers, before they open fire, hitting him more than 20 times.

“Oh my god! Oh my god!” the woman screams before the video ends.

A male police officer was taken to Westmead Hospital after he received “pellet wounds to his head” in the incident. His injuries are not life-threatening.

“It’s a very unusual event, it’s something that does really concern us,” Mr Loy added.

“The police are trained every day and they know they’re in a dangerous and challenging role, but this is really extreme.”

Ms Taylor said she had been watching a movie downstairs with her children before they went upstairs to bed.

Shortly after that, the front window of her house was shattered by bullets and she called the police while hiding in a bedroom.

Ownership of the type of shotgun King used last night is highly restricted in NSW.

Police said they initially believed there was a second offender but later realised it was a witness running away from the scene.

Deputy Commissioner Loy said his officers were “outstanding” and showed “empathy” towards King.

“They took him inside the police station to render aid and that was for his protection and for their protection … they did at the time think there was a second offender,” he said.

“They showed, in my opinion, empathy to that person.”

Homicide detectives are gathering CCTV vision, door-knocking residents and businesses in the area in an effort to piece together the gunman’s motivations.

Premier Gladys Berejiklian said she was concerned for the police who had to respond to the incident.

“Our hearts and minds go out to the police officers who are on the front line and this reminds us what job they have to do day in and day out to protect the community to ensure we’re all safe,” she said.