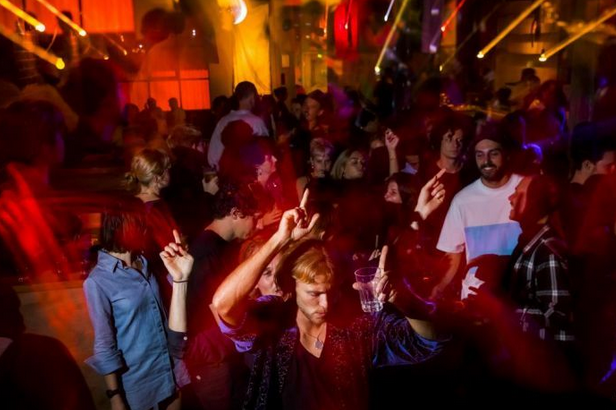 Sydney's controversial lockout laws should be lifted as soon as possible, with a parliamentary report finding they cost NSW $16 billion a year. Photo: ABC

An inquiry into Sydney’s nightlife recommends CBD lockout laws be lifted as soon as possible, saying they cost NSW $16 billion a year and the city is “not the same city it was” at the time of the laws’ implementation in 2014.

However, the parliamentary committee report, released on Monday, says Kings Cross is “not yet sufficiently changed” to warrant the removal of lockout laws, and the issue should be revisited in 12 months time.

The report found the February 2014 laws were both necessary and effective to rapidly reduce inner-Sydney alcohol-fuelled violence, following the one-punch deaths of Thomas Kelly and Daniel Christie.

But it argues the laws, involving a 1.30am lockout and 3am last drinks, has damaged Sydney’s night-time business and culture, and their repeal could provide a $16 billion annual boost to the NSW economy.

Liberal MLC Natalie Ward, who chaired the committee that handed down the report, also managed to insult Melbourne as she released the findings..

“Australia only has one truly global city and that is Sydney,” Ms Ward said. “We have the best city, the best harbour and the best offering.”

“Melbourne might think it is in the race, but it absolutely is not, it is Sydney, so it is important that we reflect that in our night-time economy.”

The report recommends the CBD, including Oxford Street, have the lockout and last-drinks laws be repealed, as well as the prohibition on drinks such as shots and alcohol-laden cocktails after midnight.

It also recommends the trading hours for bottle shops be extended from 11pm to midnight from Monday to Saturday, and to 11pm on Sunday.

“Safety and a vibrant night-time economy should not be, and are not, mutually exclusive,” Ms Ward said.

“We believe we can continue to maintain and in fact increase safety while we also reinvigorate Sydney’s night-time economy.

The report found more work was required in Kings Cross to ensure safety, with the district requiring a “specific, nuanced approach”.

It says the repeal of lockout laws in Kings Cross, without additional improvements to lighting, street layout and venue density, would prompt a return to excessive alcohol consumption and violence.

A “pathway” program was recommended to help diversify Kings Cross and dilute its quantity of bars and clubs in close proximity, with a review of the laws in “The Cross” to take place in 12 months.

The freeze on liquor licences should also remain until at least June 2020.

Among other recommendations were the appointment of a “night time co-ordinatior” who could help nightlife stakeholders collaborate on safety, as well as the creation of a working group including police and doctors.

It also recommended the use of ID scanners in Kings Cross be restricted to after 10pm on Friday and Saturday.

Sydney Lord Mayor Clover Moore said in a statement she welcomed the inquiry’s recommendations and the repeal of lockout laws would “breathe oxygen into Sydney’s nightlife”.