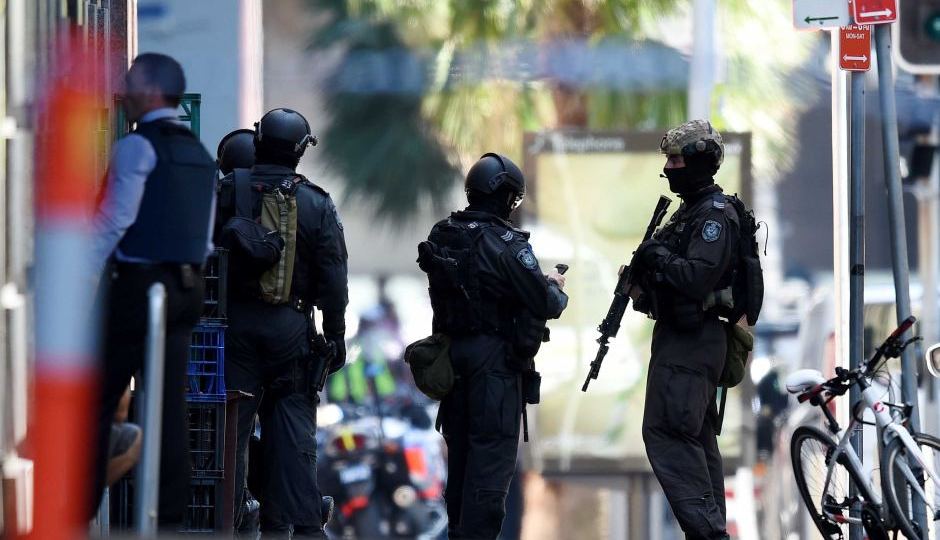 A police sniper involved in the Lindt Cafe siege believes the death of hostage Tori Johnson could have been prevented if his team had been given the right information.

Mark Davidson expressed the view in an interview with Nine’s 60 Minutes about the December 2014 siege, in which terrorist Man Haron Monis took 18 people hostage at Sydney’s Martin Place for 16 hours.

It’s been a long and rough journey for Mark Davidson since the Lindt Cafe siege. The devastation of watching the execution of hostage Tori Johnson has haunted him for years. #60Mins pic.twitter.com/Hrb8PNMzTi

Mr Johnson, the cafe’s manager, while fatally shot by Monis, while barrister Katrina Dawson was killed by police bullet fragments.

Mr Davidson says 10 hours into the stand-off, he had a clear view of Monis – who had told the hostages he had a bomb – through one of the cafe’s windows.

But in order to justify shooting him, Mr Davidson believed he needed to know whether Monis was pointing a shotgun at hostages and whether he had a device that could set off a bomb in his hands.

When he asked police command about that information, he was told it wasn’t available.

“You’re weighing up shooting someone, and if you think you’re not justified you’re facing murder charges yourself,” he told 60 Minutes.

“There was some doubt in my mind as to whether I was justified in shooting him … so I didn’t.”

He noted there were some communication issues, including “conjecture” about whether a message he is certain he sent to the command about spotting Mr Johnson on his knees had reached them.

“Certainly I believe on the day, we didn’t play how we train,” he said.

“In my opinion, I believe Tori was a preventable death. And I’ve lived with that for years.

“We could’ve saved the hostages …we could have saved Tori, at least.”

Breaking the Westpac glass in order to shoot through it would have taken significant time and have been noisy.

That means it could have been heard by Monis, who may have retaliated by detonating the bomb believed to be present at the time, the force said in a statement on Sunday night.

There was also only one 10-minute window in which Monis is believed to have been sitting near a window and could be targeted, but snipers in the Westpac building weren’t sure it was him.

“The coroner concluded that the decision not to fire was completely reasonable,” NSW police said.