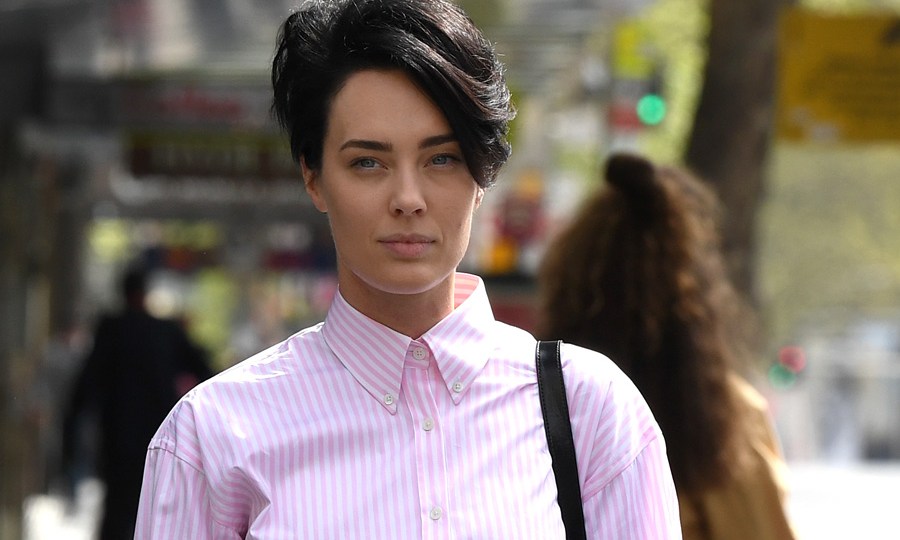 A Sydney jury remains split on whether the girlfriend of former Kings Cross nightclub boss John Ibrahim knew a stolen pistol was hidden in her bedroom.

Sarah Budge was cleared on Tuesday of knowing the pistol was defaced and that it was stored in her wardrobe next to a loaded magazine.

But while the jury was convinced she didn’t know the gun’s serial number had been scratched off, it is still undecided on whether she knew it was in her Double Bay unit at all.

Model and restaurateur Budge, 29, had accepted the stolen and defaced Glock 26 pistol and loaded magazine were found in a T2 teapot box in her wardrobe.

But she’d argued the jury couldn’t find her to legally possess the items as she didn’t know – and couldn’t reasonably be expected to know – the weapons were there.

After a two-week District Court trial and days of deliberations, the jury of six men and six women late on Tuesday found her not guilty of the magazine possession charge.

They also cleared her of the defaced pistol charge, which requires the person to both knowingly possess the weapon and know it was defaced.

Ms Budge wept and hugged her lawyers after the two verdicts were read out.

Judge David Arnott then excused one juror who raised a significant reason to fly to Hobart on Wednesday.

The remaining 11 jurors will return to court on Wednesday morning to try to reach a verdict on the remaining charge of unlawful gun possession.

Budge had testified before the jury to having no knowledge of the items, saying she had confronted her boyfriend Mr Ibrahim over the gun after her arrest.

She said he told her he knew how a pistol came to be in her apartment but refused to tell her more, saying she was in enough trouble as it was.

Her lawyer Simon Buchen SC had contended it was highly probable Mr Ibrahim or one of his associates hid the pistol and ammunition in her bedroom days before police found them.

Prosecutor Christopher Taylor questioned the plausibility of the idea that a person broke into her apartment and stored the pistol in “prime shoe territory” without her knowledge – and invited the jury to think where they’d hide their own stolen handgun.

Mr Taylor also queried why Budge would remain in a relationship with a man who put her in a position where she could be arrested.

However, Mr Buchen said the conversation between Mr Ibrahim and Budge about the gun was typical of the couple’s relationship, in which he would often treat his girlfriend “with contempt”.

“You may not respect that, that may not be your ideal relationship, but that is her relationship,” he said in his closing address on Thursday.

“She’s not on trial for having a relationship with Mr Ibrahim … the human heart doesn’t always obey the rules of logic.”

Judge Arnott told the jury it would be illogical and wrong to assume Budge is guilty because of her association with Mr Ibrahim.