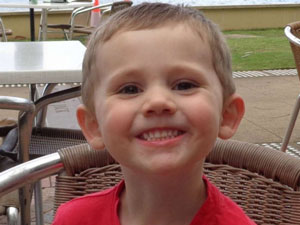 William Tyrrell's sister has given an emotional message to his inquest. Photo: AAP

Eight witnesses are expected to be called as former NSW detective Gary Jubelin fights allegations he broke the law while leading the search for missing three-year-old William Tyrrell, a Sydney court has been told.

Mr Jubelin, who quit the force during the internal investigation into the matter, has pleaded not guilty to four charges alleging he illegally recorded phone conversations.

He was in Sydney’s Downing Centre Local Court on Tuesday when the court was told the case was ready to progress to a hearing, which is expected to take five days.

Police prosecutor Peter Bakalidis said cross-examination of the witnesses was a factor in the length of the hearing.

A date for the hearing is yet to be set.

Before quitting his post as detective chief inspector, Mr Jubelin led an investigative team that re-examined several unsolved and suspected murders, including that of William Tyrrell, young Sydney man Matthew Leveson and three children found dead in Bowraville in the early 1990s.

William was playing in his foster grandmother’s yard at Kendall on the NSW mid north coast when he vanished in September 2014.

Mr Jubelin allegedly illegally recorded a short private conversation in late 2017 from Parramatta and made three further illegal recordings in 2018 in Kendall.

Two of those Kendall conversations occurred in early May and the last on December 28. Each offence carries a maximum of five years in jail and a fine of $11,000.

Mr Jubelin said in July he had “a lawful right and an operational need” to record the conversations.

“I have done nothing wrong and I will continue to defend myself,” he said at the time.

The parents of Mr Leveson were among Jubelin supporters to again flank the former police officer in court.