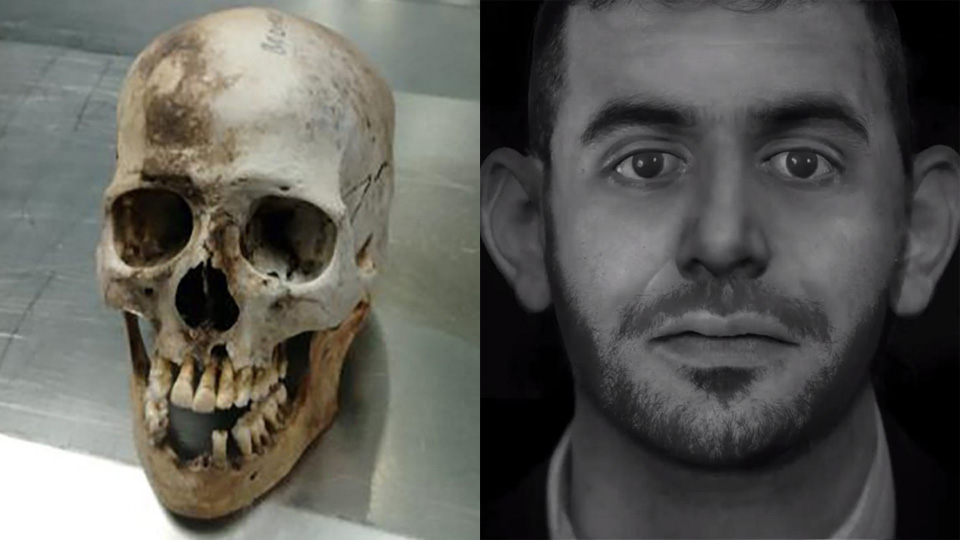 The skull found in bushland in NSW, and the reconstruction of its face. Photos: NSW Police

The kids discovered the skull in a St Helens Park bush reserve in May 2001, with one of the boys taking it home and showing his mother.

In the days following the discovery, police excavated the site and found almost an entire skeleton, as well as with a gold bracelet, wrist watch, cigar tin, men’s clothing and spent .22 calibre casings.

A 2004 coronial inquiry could not identify the man.

Campbelltown City detectives have released a digital forensic facial reconstruction as inquiries continue to attempt to identify a man whose remains were located at St Helens Park in 2001.https://t.co/BEwW5CCEOY pic.twitter.com/LuG9JQNcq8

Subsequent DNA testing found the man likely had dark hair, brown eyes, a short stature and a mixed ancestry from South Asia and the Middle East.

“We have made significant inquiries already and while we’ve yet to find a match in our missing persons database, we know someone, somewhere, is waiting for answers,” NSW Police Detective Chief Inspector Greg Inger said.

“It’s also likely he may remind someone of a man they knew way back when – and if they’d lost contact in the early 1980s, that’s important information to us.”

Skull found in bushland given a human face