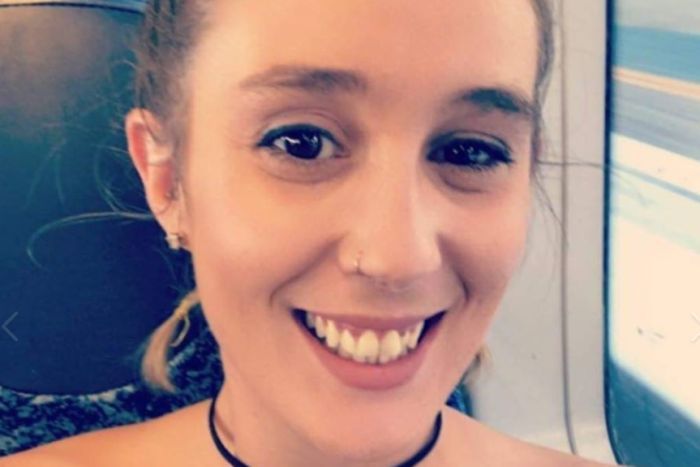 Danielle Easey had been living in different locations in the weeks before her death. Photo: ABC

Two people have been charged in connection with the murder of a woman whose body was found wrapped in plastic and dumped in a creek near Newcastle.

The body of Danielle Easey, 29, was found in Cockle Creek at Killingworth, west of Newcastle on August 31.

Police said an autopsy revealed the mother of two had been seriously assaulted and stabbed.

After extensive investigations, a 33-year-old man was arrested in Cardiff, Lake Macquarie, on Thursday, taken to Belmont Police Station and later charged with murder.

A 32-year-old woman was arrested at a home in the Newcastle suburb of Holmesville and charged with accessory after the fact to murder and dishonestly obtaining financial advantage by deception.

“Police will allege in court that the woman has assisted the man by impersonating Danielle on one of her social media accounts after her death to gain access to money,” police said in a statement early on Friday.

The man is due to appear in the Belmont Local Court on Friday while the woman is expected to face the Toronto Local Court, also on Friday.

The body of the 29-year-old Ms Easey, a mother of two, was found floating in Cockle Creek at Killingworth on August 31.

An autopsy revealed she had been seriously assaulted and stabbed. Police said she was murdered at a home in the Central Coast suburb of Narara, on or around Saturday 17 August, before being dumped at Cockle Creek.

Police searched the two properties where the arrests were made as well as a Narara home. A Mitsubishi car was also seized.

Ms Easey, who was known to police, lived in Booragul in Lake Macquarie but more recently was couch surfing at homes in the area.

Police said she had recently become involved in the drug scene and her family last had contact with her several weeks before the discovery of her body.

Detective Acting Superintendent Jason Dickinson told reporters on Thursday that police were not looking to make more arrests at this stage.

“Based on the information we have to hand today, there’s nothing indicating there’s any other people involved,” Det Acting Supt Dickinson said.

Det Acting Supt Dickinson said police had been in frequent touch with Ms Easey’s family and information from the public had played a role in the arrests.

He said police believed the two arrested people and Ms Easey were associates for “a number of years” but declined to elaborate.

Crime scenes have been set up at a Cardiff business and a home at Narara on the Central Coast.

A car has also been seized in connection with what police described as a gruesome death.

Detectives have also been searching a home at Holmesville.

Ms Easey had not been reported missing by friends or family, who took to social media in the days following her death to describe their grief.

“My heart is broken into pieces, I love my sister, my heart is aching for her and for her beautiful children,” her sister, Tahnee Easey, said.

She went on to say her sister would remain in her heart.

“”I love you so much Danielle, you’re [sic] and always will be my best mate,” she said.

Her brother, Brendan, was also distraught and paid tribute to his sister.

“My heart is terribly, terribly broken,” he said.

“Right now I’m not OK. I’ll hold up. Spend your thoughts on a memory of Dell, my little sister.”

Investigations under Strike Force Furzer are continuing and anyone with information is urged to call Crime Stoppers.