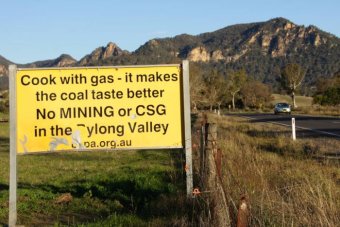 A sign opposing mining in the Bylong Valley area.

The multi-million-dollar Bylong Valley coal mine has been refused development consent by an independent planning panel, citing concerns about “long-lasting environmental, agricultural and heritage impacts”.

South Korean company Kepco was behind the project, north-east of Mudgee, and claimed it would inject more than $300 million into the state economy by extracting 120 million tonnes of coal over 25 years.

The proposal was referred to the NSW Independent Planning Commission for determination in October last year because of significant community opposition.

In its determination released today, the Commission raised “significant concern” about the longer-lasting environmental impacts of the mine.

NSW’s Bylong coal mine proposal knocked back on ‘environmental impacts’