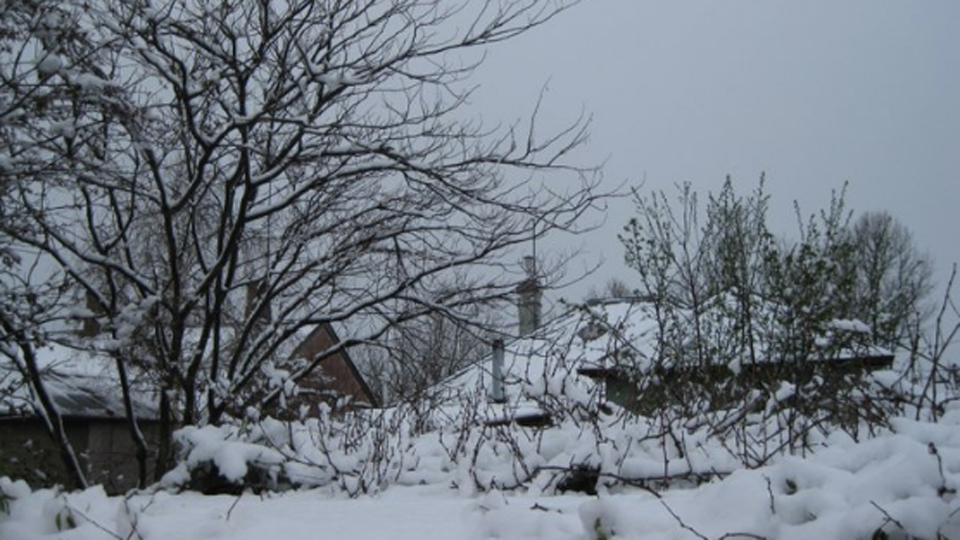 Snow has fallen in Canberra, Goulburn and parts of the Blue Mountains early on Tuesday as a cold snap followed a warm spring Monday across the ACT and central NSW.

The Hume Highway between Goulburn and Sutton Forest was most affected, with traffic at a standstill and motorists advised to avoid the area.

Truck driver Vince told ABC local radio he had never seen as much snow in the area before.

“[It’s] beautiful. The drive is sensational going south. I haven’t seen anything like it,” he said.

#Snow has started to fall along the Great Western Highway at #MountBoyce. Stay safe on the roads and drive to the conditions.

Other callers to ABC Radio said the unusual spring snow continued to fall after sunrise on Monday.

“We’ve had a lot of snow overnight. Probably close to a foot (30 centimetres) in some places,” one said.

It followed an unseasonably warm Monday that hit 25 degrees in the ACT, before temperatures dropped to zero overnight with a cold snap that brought 30 millimetres of rain.

It's amazing how happy-making a grim scene can be.#Goulburn, NSW, Australia 17 09 19 pic.twitter.com/4FJdpQ91wi

Commuters coming to the capital from Goulburn, Braidwood and Captains Flat reported significant delays because of snow on the roads, especially the Federal Highway and the Hume Highway.

“We’ve got to go out to clear all the roads,” a council worker told the ABC.

“Even coming to work, I had to pull a couple of trees off the road.”

The Federal Highway at Lake George this morning @abccanberra pic.twitter.com/w8aOQyyCZ1

Weatherzone reported snow also fell in Canberra, where the temperature reached 0.8 degrees at the airport shortly after midnight.

The swift weather change was perfectly illustrated at Windellama, in the Southern Tablelands about 200 kilometres south of Sydney. It had a high fire danger rating on Monday, followed by steady snow early on Tuesday.

A cold front that crossed NSW on Monday left a stream of cold south-easterly winds flowing over the ranges during the night, he said.

“This low-level cold air was ‘undercutting’ a layer of moisture-laden air a few kilometres above the ground,” he said.

“An important feature of this interaction was that the temperature of the air near the ground was roughly the same as the air a few kilometres above it. This created a slab of moisture-laden air with a uniform temperature above the ranges, which is called and isothermal layer.”

When we said we were aiming towards the Koscioszko I didn’t say we were literally climbing it@racing_nsw@tabcomau@anthonymanton@richardcallendar@dufficyr@thekoscioszko@ pic.twitter.com/WB2MbAuQ9q

The moisture-laden stream of air was forecast to bring welcome rain to parts of eastern NSW on Tuesday. Sydney can expect 20 millimetres of rain later in the day, while 50 millimetres is forecast for the Hunter Region.

Rrain expected to stick around for at least the next 24 hours.

However, it is expected to do little to aid the bushfire fight in the state’s north, where more than 30 buildings have been destroyed just two weeks into the fire season.

The fire in bushland around Drake has been the most destructive, burning through more than 60,000 hectares and 16 properties since it started almost two weeks ago.

Thirty-four homes have been destroyed and another 13 damaged.

Rural Fire Service Inspector Ben Shepherd said more than 40 fires were burning across the state on Tuesday morning, about a dozen of them uncontained.

“It is important not to lose sight of the fact that, although these losses are tragic, there have been more than 600 homes that have actually been saved due to the great work of firefighters,” he said.

Mother Nature isn’t sure what season it is. Fires in the north, snow now in the Blue Mountains. #nswrfs #snow #bushfire pic.twitter.com/yYEdXjT2GE

“The sheer size of these fires are going to make them a long-term proposition to try and contain and there are no easy answers to getting this fires out,” he said.

The Kingsgate fire has burned through more than 16,000 hectares but the threat to homes has eased.

Unusual spring snow puts the chill on much of NSW, ACT