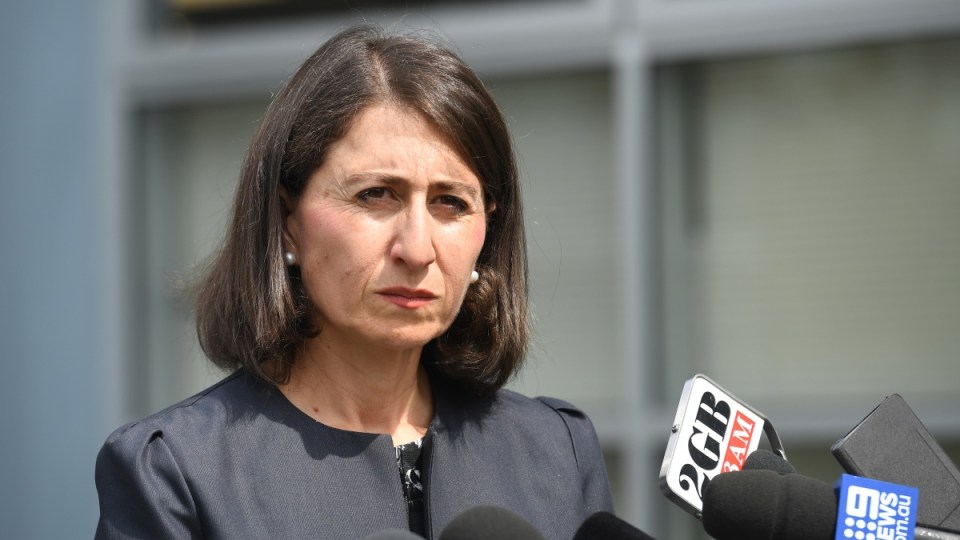 NSW Premier Gladys Berejiklian has seen off a threat to her leadership from three rebel Liberal MPs. Photo: AAP

NSW Premier Gladys Berejiklian has told MPs it’s business as usual after three rebel Liberals angry over a bill to decriminalise abortion called off a leadership spill motion against her.

The rebel MPs reportedly did not speak at a Liberal Party meeting on Tuesday morning, and the abandoned spill was not addressed.

The only reference apparently came when Ms Berejiklian told MPs it was “business as usual” for the NSW government.

Tuesday’s anti-climactic conclusion came less than 12 hours after Tanya Davies, Lou Amato and Matthew Mason-Cox announced on Monday night they would call an “empty chair” spill motion against the Premier because amendments to the NSW abortion bill they sought had been rejected in full “or in part with vague undertakings for further discussion”.

However, by early Tuesday, they had abandoned their plan, releasing a statement before 8am announcing the motion would be withdrawn.

“Since releasing our statement last night, we have received confirmation that further concessions will be forthcoming in relation to the amendments to the abortion bill,” Ms Davies said.

“On this basis, I have called the Premier this morning and advised her that we will withdraw the spill motion to continue negotiations prior to the debate in the upper house commencing later today.”

The backdown came after senior Liberal ministers came out in support of Ms Berejiklian before Tuesday’s Liberal Party room meeting.

One Liberal MP confirmed the Premier told the “non-event” and “anti-climax” meeting it was back to business as usual.

The group had tried to reframe the abortion bill issue to become one about leadership because it was the only way the could derail it, “and we stared them down”, the MP said.

This is ridiculous. Our coalition agreement is with Gladys and any move would be a dumb move. https://t.co/DGcZipzQCC

Attorney-General Mark Speakman, Police Minster David Elliott, Transport Minister Andrew Constance, Families and Communities Minister Gareth Ward and Treasurer Dominic Perrottet were among those to back Ms Berejiklian when the spill was announced.

Mr Ward characterised the three MPs as an “arrogant” fringe.

“The reality is that this is an attempt by people who want to hold the rest of parliament over a barrel because they’re not getting their way on a particular issue,” he told ABC radio.

Mr Speakman had predicted the spill was going to be a “fizzer”.

“The party’s support is overwhelmingly for Gladys. She has delivered us a strong election victory,” he told 2GB on Tuesday.

After the spill was called off, Liberal MP Scott Farlow said Ms Berejiklian had his full support, while Niall Blair of coalition partner the Nationals said “when you start to play the person rather than the issue, it’s a really bad look”.

It has caused division within the conservative rump of the Liberals, with Ms Davies and lower house MP Kevin Conolly repeatedly threatening to move to the crossbench unless the abortion bill was amended.

The Berejiklian government has only a two-seat majority following the March state election.

Opponents of the bill have raised concerns about late-term abortions, gender-based terminations and the way the bill was introduced.

In its current form, the legislation would allow terminations up to 22 weeks. Later terminations would be allowed if two doctors agree they should go ahead.

On Tuesday morning, Mr Greenwich tweeted that abortion should be treated as a healthcare issue, not a crime.

“I’m grateful that a clear majority of government, crossbench, and opposition MPs support this and our co-sponsored bill,” he said.

NSW upper house MPs were to start considering changes to the bill on Tuesday afternoon after a weekend of demonstrations by supporters and opponents of the legislation.