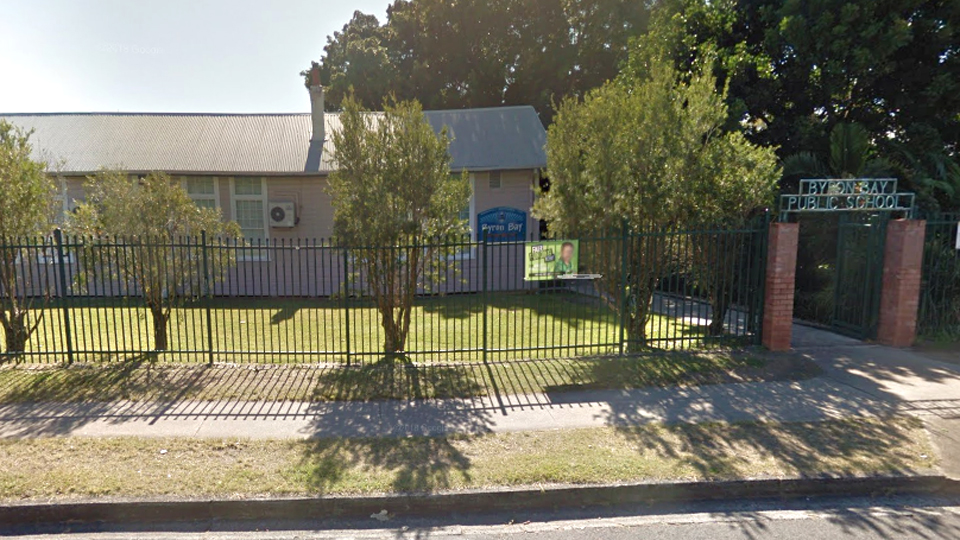 A parent has been arrested after allegedly stabbing a “gentle and caring” teacher with scissors at a primary school in Byron Bay.

The woman, 36, allegedly stabbed the 28-year-old male teacher in the face and arm at Byron Bay Public School about 7am on Tuesday.

One parent wrote on Facebook that her child saw a “pool of blood” near the school’s library following the incident.

Police say they will allege the two were “speaking on the premises before she approached him with what’s believed to be a pair of scissors”.

The teacher was initially taken to a local hospital before being transferred to Tweed Hospital in a stable condition for surgery.

A crime scene was established and the school temporarily locked down as police searched for the assailant.

They arrested the accused parent at a home in nearby Suffolk Park about three hours later. She’s being interviewed by detectives and is expected to be charged.

Another local said it was sad to hear about the attack on the first day back at school after the holiday break.

“So undeserving of this. May his recovery and healing be swift.”

Another person posted: “[He’s] a great teacher and a gentle and caring soul.”

A member of the public school posted on the Byron Bay Community Board on Facebook to inform people of the alleged stabbing.

“Attention parents of Byron Bay Public School kids. There has been an incident at the school this morning which has resulted in a teacher being hospitalised,” it read.

“We have been reassured that our child and all the children are safe.

“Just wanted to let everyone know, in case you wanted to contact the school and check on the wellbeing of your child, although they can’t share any details of the incident.”

The NSW Department of Education declined an interview but told the ABC the incident occurred before classes had started.

“Strict security measures were taken until police confirmed it was safe for the school to operate as normal,” the spokesperson said.

“Counselling has been made available to staff and students.”