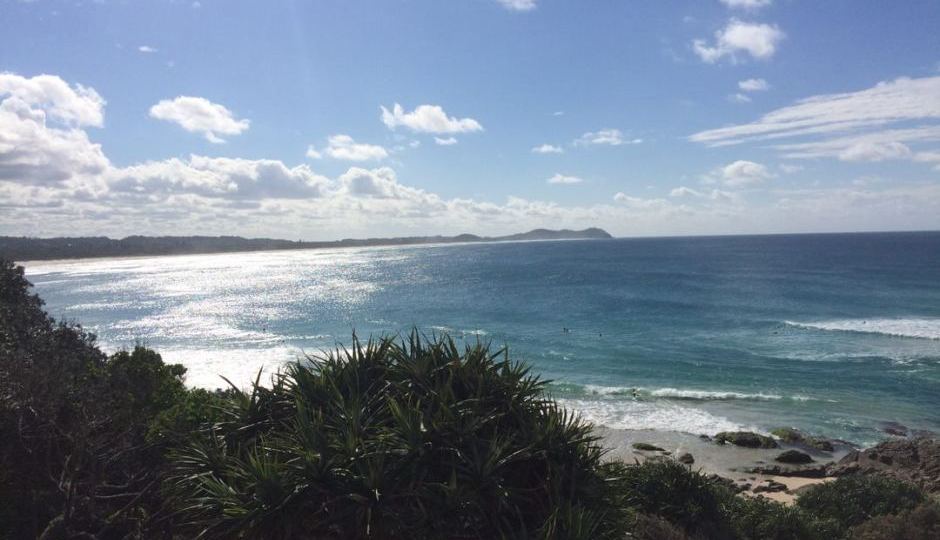 A native title claim for areas of land and sea around Byron Bay in northern New South Wales has been approved almost two decades since it was first lodged with the Federal Court.

The Federal Court on Tuesday delivered the determination at a ceremony in the coastal town of Brunswick Heads.

More than 300 people from across the Bundjalung nation gathered at Torakina Reserve for the historic announcement, which for the first time gives native title rights to the Bundjalung People of Byron Bay.

The claim area covers land from Broken Head to Brunswick Heads, including Australia’s most easterly point at Cape Byron and the hinterland town of Bangalow.

The determination also covers a portion of sea country off the Tyagarah Nature Reserve, north of Byron Bay.

In total, the claim covers an area of more than 800 hectares.

It is only the second time in New South Wales that native title sea rights have been recognised, and is the first positive determination in an area of New South Wales with a dense population.

Justice Alan Robertson handed down the determination, which was met with cheers and applause.

It provides legal recognition of the pre-existing rights of Aboriginal Traditional Owners.

It is also non-exclusive, meaning other interests in the land and waters within the determination area will continue to exist.

‘The freedom to walk taller’

Arakwal elder Yvonne Stewart said the determination would allow for jobs and fresh opportunities for the Bundjalung people, and give the community and younger generation the wellbeing to survive and thrive.

“Because it is our wellbeing we need to survive and to live a little bit better than our elders did.

“They didn’t have this opportunity.”

“I and others were given an obligation and responsibility by the Aunties and Uncles to stand up and speak for country, to speak for family,” Mr Kay said.

The historic event has been decades in the making, and many of the original applicants are no longer alive to celebrate.

The agreement was a long-held dream of late elders in Lorna Kelly and Linda Vidler, who were instrumental in negotiating an Indigenous Land Use Agreement of the area and gazetting of the Arakwal National Park in 2001.

“There is no fear in native title,” Ms Rotumah said.

“Native title is a recognition of people’s rights and interests in lands and waters.

It means [the Bundjalung] can continue to be sustained by the ocean, to go out and fish, and beach worm, get pippies – all those things we’ve been able to do, and now we’re having a rubber stamp put on it giving us the thumbs up.”