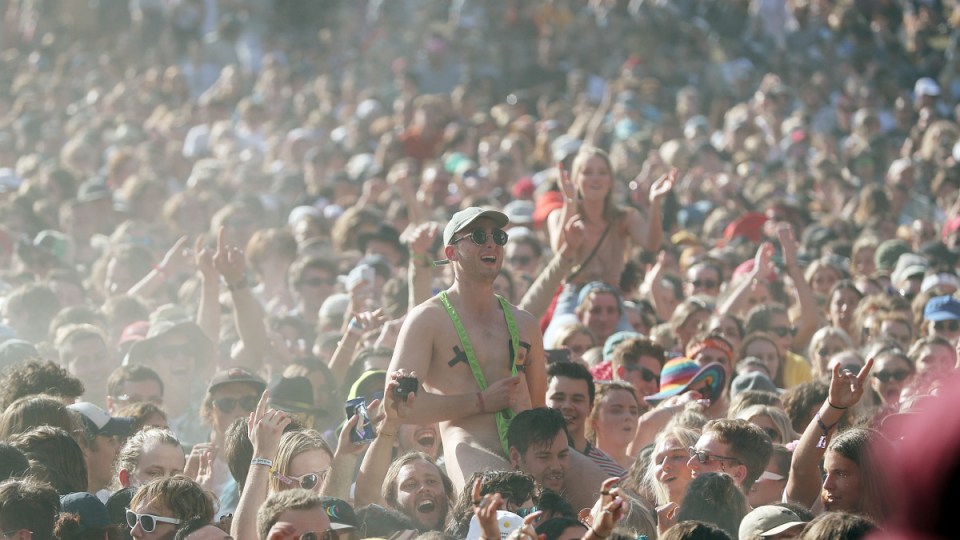 The latest wave of overdoses and arrests will boost calls for pill-testing at music festivals. Photo: Getty

As the condition of several people taken to hospital in critical conditions from Australia Day music festivals in Sydney continues to improve, calls for for pill-testing have grown louder.

Six young men aged under 25 were taken from the Hardcore Till I Die festival at Sydney Olympic Park on Saturday in critical or serious conditions.

But NSW Health on Sunday said all 14 were either in stable conditions or had been discharged from hospital.

Police say at least 75 people were caught in total for drug-related offences, with 68 issued criminal infringement notices and others given cautions.

“NSW Health would like to acknowledge the hard work and dedication of the staff and volunteers at the Hardcore Till I Die and Electric Gardens festivals, ensuring the safety of the many thousands of attendees,” a NSW Health spokeswoman said.

Electric Gardens Festival Sydney is today! We wish everyone a Safe and Memorable time today, please remember to: – Take care of your mates and the people around you
– The First Aid team is your friend
– Stay Hydrated, remember to eat (your body is a temp… https://t.co/ycXkSonSRg pic.twitter.com/pbpS0YZ5xA

Seven people, including a 19-year-old South Australian woman, were charged with drug supply at the Till I Die festival.

One Electric Gardens attendee was picked up for the same alleged offence.

Premier Gladys Berejiklian, whose government footed the bill for the extra protection, said she hoped and prayed people were starting to get the message to not take illicit drugs.

“I know some people are advocating one solution or another but there isn’t one solution,” she told reporters on Sunday, referencing growing demands for pill-testing booths at festivals.