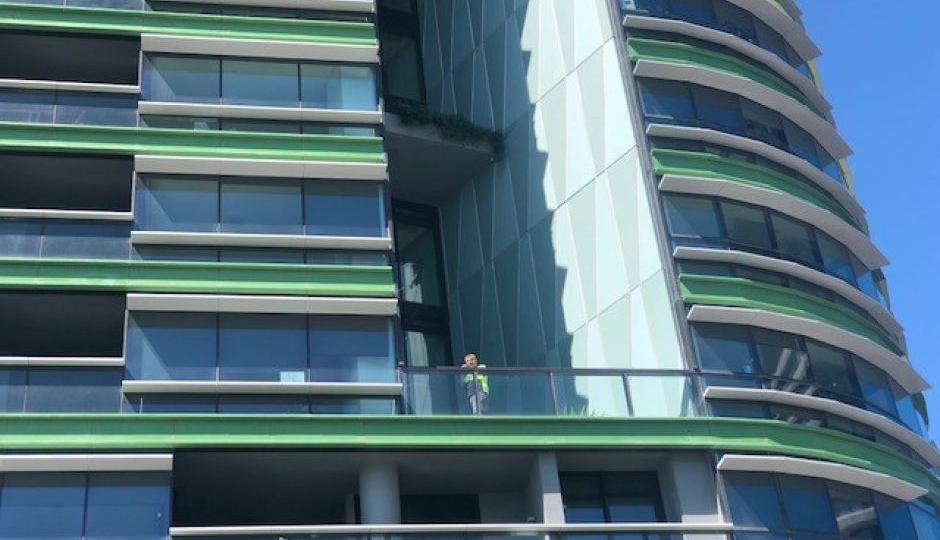 The building, which opened last August, was evacuated on Christmas Eve and again three days later after a large crack was found on level 10.

“We can confirm that, while the building is structurally sound, significant rectification works are required to repair and strengthen damaged hob beams and in some cases the panels that rest on them,” they said in a statement.

The trio said while the “probable cause” was narrowed down to “localised structural design and construction issues”, more information was needed to make a conclusion.

Many Opal Tower residents are yet to be allowed to return to their homes and NSW Housing Minister Anthony Roberts said that was a matter between the residents and the builder.

“I completely understand the residents’ reluctance in some cases to move back in to what is essentially going to be, for some time, a building site,” he said.

Resident Shady Eskander said a meeting with about 300 owners was held on Saturday and the group overwhelmingly decided not to return until the building was restored to the state it was in when they purchased.

“No owner deserves to have this happen to them anywhere in Australia,” he said.

I can say, on behalf of all the owners, people were buying into the Australian dream and unfortunately this has become an Australian nightmare for us.

Professor Hoffman said the document outlined what needed to be investigated and checked before residents were allowed to return, emphasising that it was an interim report.

“We’ve been able to make a lot of progress but there’s still more work to go,” he said.

Mr Roberts was not able to say how much the fiasco would cost.

“I can assure you that there is not just legislation in place, but there are certainly issues that will be played out between the developer as well as the builder with respect to this,” he said.

“I prefer not to comment on that any further. It is not in any way part of our jurisdiction.”