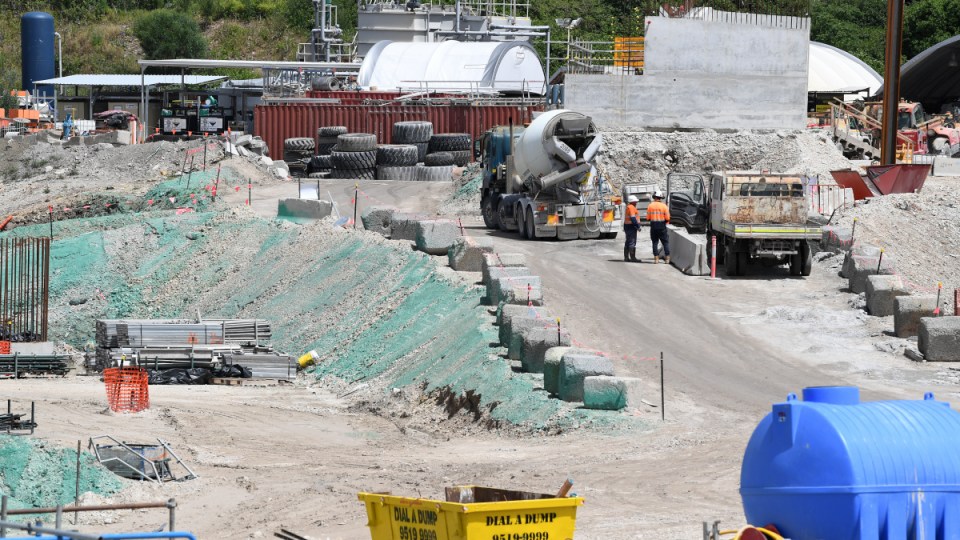 An upper house parliamentary inquiry released its findings into the WestConnex project on Monday. Photo: AAP

Transparency around the $16.8 billion WestConnex project has been “unsatisfactory”, a New South Wales parliamentary inquiry has found.

The upper house committee report was handed down on Monday, as the Electrical Trades Union (ETU) said hundreds of workers were evacuated as a precaution over safety concerns.

“This would be the worst example of a lack of transparency,” Reverend Nile, of the Christian Democrats, told reporters on Monday.

It was “very difficult to ignore the fact” that delivering the project with Sydney Motorway Corporation “provided the government with a potential means to obscure its operations” from public scrutiny.

A majority stake of the toll road was also recently sold to Transurban.

The government said Infrastructure NSW has reviewed the project 36 times.

The committee was particularly concerned the government didn’t adequately consider other options and worsened public anger.

The report made 16 findings and 27 recommendations, including that the government hold public planning inquiries and publish strategic business cases for all future major infrastructure projects.

The government argues the 33-kilometre motorway is a missing link in the network. The 10-year project is almost at the halfway mark and is expected to be finished in 2023.

The committee acknowledged WestConnex was a “significant and important” project and recommended construction continues.

But it urged the government to install filtration systems in the ventilation stacks, to reduce pollution emitted from the tunnels and ensure air quality standards are met.

The report also found noise mitigation measures offered by Roads and Maritime Services (RMS) were “wholly inadequate”, and compulsory acquisition was not always handled with care.

Committee member and government MLC Peter Phelps released a dissenting report on the “dreadful” inquiry, which he described as “a litany from anti-car Green extremists, whinging baby boomers, and NIMBYs”.

He acknowledged aspects of the project deserved legitimate criticism, but argued no amount of information would have satisfied opponents.

The Greens on Monday argued WestConnex should never have been built and said future work should be cancelled.

“When it comes to secrecy, this is the biggest daddy of them all,” he told reporters in Sydney on Monday.

“We will review the recommendations of the committee in detail,” a spokesperson said in a statement.

“We reiterate our support for the work of the committee and thank the participants who prepared detailed submissions and who presented their evidence.”

In a statement on Monday, the ETU said hundreds of workers were evacuated about 9.30am over a potential gas leak.

The union said it was the second time in a week a possible gas leak had occurred, with the same tunnel section evacuated last Thursday.

ETU Secretary Justin Page called for 24-hour air monitoring in all tunnels and for SafeWork NSW to urgently investigate.

A SafeWork NSW spokesperson told The New Daily it had not been notified.

RMS said an odour was detected and the area was tested as a precautionary measure, finding no gas.

“As a precaution, workers have been temporarily removed from the immediate area while additional testing is carried out. Work continues to be carried out in other areas of the project,” a spokesperson told The New Daily.

“The safety of workers and the community is our number one priority during construction and operation of WestConnex.”

The New Daily asked if RMS would refer the odour to SafeWork NSW and did not receive a response by deadline.