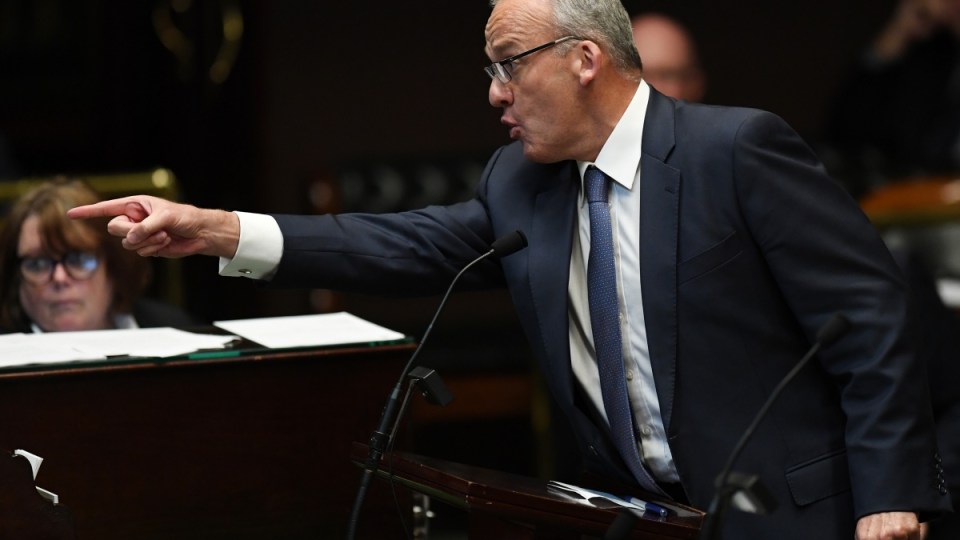 NSW Opposition Leader Luke Foley has threatened to blow the lid on alleged misbehaviour by other state politicians when responding to claims he harassed an ABC journalist in 2016.

Mr Foley in a raucous question time on Wednesday singled out four government MPs after Roads Minister Melinda Pavey called for him to step aside while the ABC conducts an investigation into the claims.

Mr Elliott last week stated: “I’ve never had a little too much to drink at a party and harassed an ABC journalist. I’ve never done that.”

ABC acting managing director David Anderson told a Senate estimates hearing on Tuesday the organisation was investigating the claim Mr Foley harassed one of its journalists.

“If the allegation is sustained there will need to be a consideration of that by the Labor Party and Mr Foley to read that report and consider his future,” Ms Goward told reporters.

‘You and you and you’: Foley threatens to reveal allegations, denies harassment claims