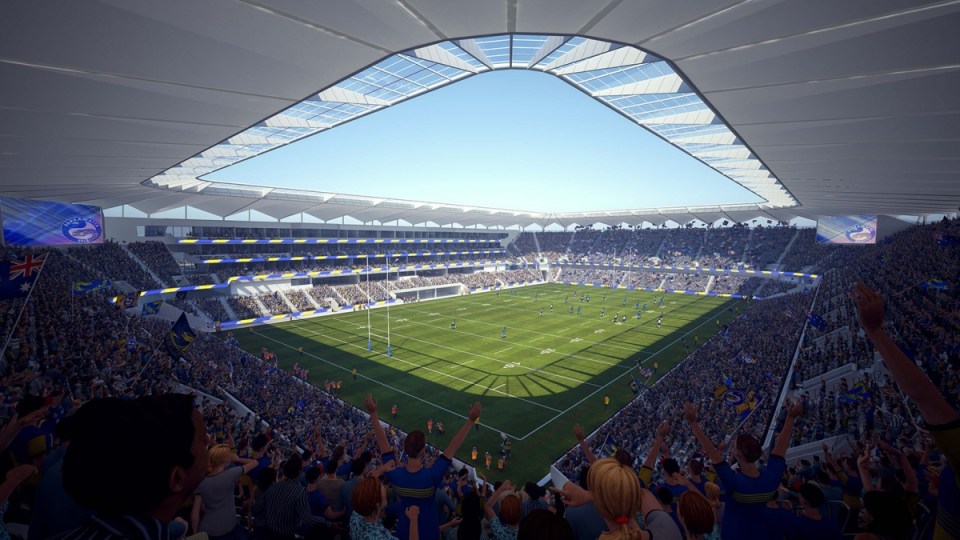 Parramatta has snubbed a deal to make the new $300 million Western Sydney Stadium (WSS) its home ground, saying the offer was “not acceptable”.

He said the commercial terms on the table for the potentially 25-year deal were unacceptable after six months of negotiations with stadium operator VenuesLive.

The 30,000-seat stadium is being constructed under the New South Wales government’s controversial rebuild project.

The Eels were expected to play their first match there in April.

“The current proposal, if accepted, would adversely affect the ability of our club to invest in our football department including our NRL team and our junior elite football clubs,” Mr Gurr wrote in a members update.

“The current agreement at ANZ has adversely impacted the club financially and we are not prepared to accept a new agreement that will continue to impact the club negatively for the next 25 years.”

Parramatta enlisted a consultancy firm to review the deal, and found it was below benchmarks on offer in other sports and stadiums.

“In the interests of arriving at a fair and reasonable deal, we are continuing our discussions with the stadium operator in an attempt to resolve this matter quickly,” he said.

The club has played home games at the site since 1947.

A spokesperson for VenuesLive said negotiations were ongoing.

“Every attempt is being made to strike a deal in time for the release of the 2019 NRL draw,” the spokesperson said in a statement on Tuesday.

“While a deal has not been reached at this time, we remain committed to working with the Eels to ensure their members and fans get to see all that the magnificent new stadium has to offer in season 2019 and beyond.”

The Parramatta stadium is expected to open next year as part of the government’s $1.6 billion stadia strategy.

The Labor opposition said it showed the government plan was “in tatters”.

“All these billions being splurged on stadiums and they can’t even find the teams to play in it,” leader Luke Foley said in a statement on Tuesday.