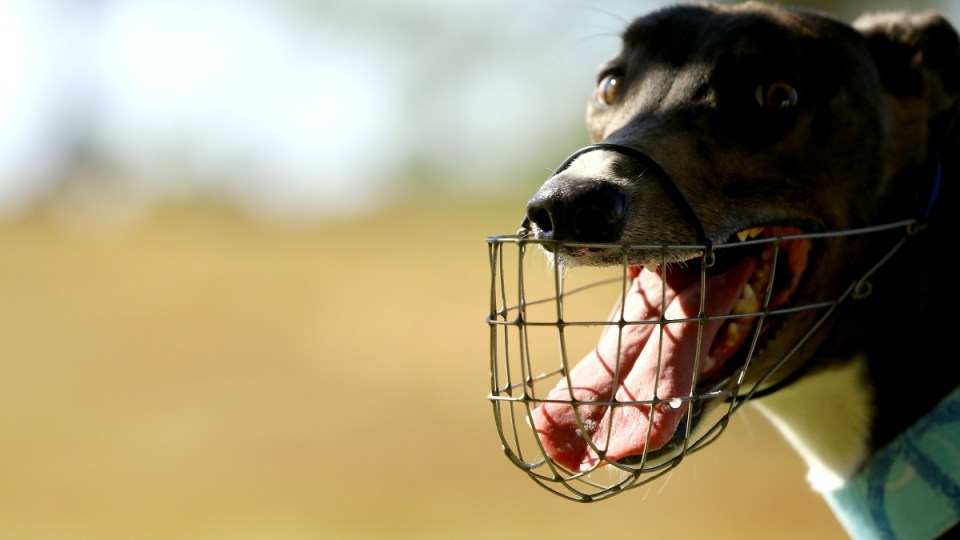 A greyhound is seen at an anti-racing rally in Sydney in April. Photo: AAP
exclusive

Retired greyhounds fail the New South Wales racing industry’s rehoming test and face being euthanised at a rate of more than one third, The New Daily can reveal.

There were 671 dogs tested for the Greyhounds as Pets (GAP) program last financial year, 257 of which failed at a rate of 38 per cent.

Twelve were euthanised after passing the test, figures obtained by Greens Senator Mehreen Faruqi under freedom of information show.

Dogs are failed for showing aggression or a predatory response to a small dog, or fear of other greyhounds, the 2016 guidebook says.

Senator Faruqi said the figures showed the test was poorly designed and likely led to hundreds of needless deaths.

“We know that failing the industry program is a virtual death sentence for many dogs. If an already massively overstretched and volunteer-run charity cannot take the dog immediately, then the greyhound can be killed,” she said.

“This is how hollow the industry’s promise to rehoming greyhounds is.”

The Pet Behaviour Clinic’s Karen Dawson, who does consultations with rehomed dogs and wrote the behaviour overview for the 2016 GAP guideline, said they should not be placed into inappropriate homes for the sake of it.

“Those dogs may get a home, but whether the dogs are coping is another story,” Dr Dawson told The New Daily.

Rescue carer Lorraine Ramsay, who runs a greyhound charity on the Central Coast, said she had success rehoming dogs that failed the test.

One of the dogs she cared for is now a companion in an aged care facility.

Ms Ramsay said the dogs needed time to heal. She believes the GAP program churns them out too quickly, hampering successful adoptions.

“They’ve been rushed through the system too quickly, without wide exposure to a lot of things that they might come up against in private homes,” Ms Ramsay told The New Daily.

Owners need to put the greyhound up for the GAP program. If it fails, they need to seek to have it rehomed through another organisation, try to have it privately rehomed through at least two other unrelated parties, or put it through the GAP assessment a second time.

Dr Dawson trusted the program and said the fault was with trainers, who are not raising dogs to be suitable for rehoming.

She said they needed to be better socialised so they aren’t so scared of people and other animals, and habituated so they are less fearful of new sounds and experiences.

“Let’s get it right at the front end instead of blaming people at the back end who are doing a really good job of using a Band-Aid on an arterial bleed,” Dr Dawson said.

“We take some of them straight from rural paddocks and thrust them into a home in the middle of Sydney in a unit. Does that really sound like the best outcome for those dogs?”

She said some do surprisingly well in busy homes, but most would better suit retirement at a rural sanctuary.

A Greyhound Racing NSW (GRNSW) spokesperson said its rehoming capacity is being expanded over the next three years in part to help educate the industry on socialisation and rearing practices.

The spokesperson said GAP was designed to identify dogs with “a high likelihood of rehoming with minimal rehabilitation” and dogs that fail could still be suitable in the future.

It comes after the NSW government announced it would put $500,000 towards the inaugural Million Dollar Chase, two years after trying to ban the sport for animal welfare breaches.

Earlier this year, RSPCA officers dug up nine dead dogs from a mass grave at a Marsden Park property in Sydney’s west.