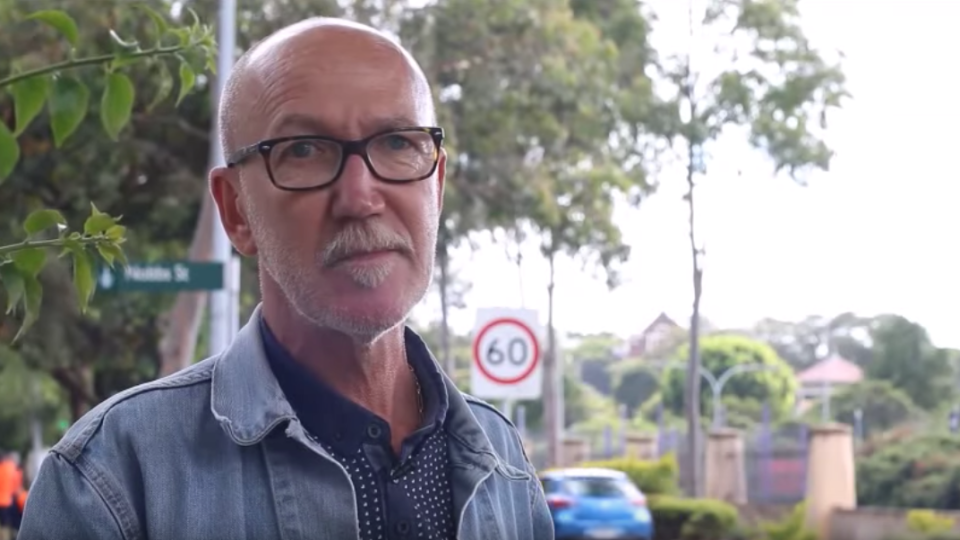 Alan Rosendale was bashed by a group of men on South Dowling Street near Moore Park in 1989. Photo: YouTube

Almost 30 years after Alan Rosendale was savagely bashed on a Sydney street by a group he believes were police officers, he’s hoping a parliamentary inquiry into gay hate crimes can bring some answers.

The inquiry to be conducted by the NSW Social Issues Committee, will investigate how NSW Police handled gay hate crimes and why the state’s justice system may not have protected LGBTQI people or delayed justice for them and their families.

The committee will investigate the almost 90 gay murders between 1970 and 2010 and also call for public submissions from victims and their families.

Mr Rosendale was bashed by a group of men on South Dowling Street near Moore Park in 1989.

“I had a broken nose and broken teeth. I was mainly bashed with bits of wood around my head. It was all bruised and swollen,” he told AAP.

“I passed out as they were hitting me … I woke up the next day in a ward at St Vincent’s.”

A witness came forward years later, saying he had recorded the number plate of the car the men had climbed out of before the bashing.

“I’m hoping this inquiry will reveal in a conclusive way who was in that car.”

He said the NSW police force and justice system had to answer for “systematically ignoring” LGBTQI people for decades.

“We need the history interrogated and we need the wrongs of the past made right,” Mr Stewart said.

“We really want the criminal justice system to be assessed for how the LGBTI community was treated.

“When their bodies washed up on the shore or were found bludgeoned in some apartment, they were just written off as ‘who gives a s–t? He’s another poofter. He’s dead’.”

Labor’s Penny Sharpe, who will be a member of the inquiry, said she hoped it could provide some answers to victims.

Government MP and committee chair Shayne Mallard said the full extent of Sydney’s gay hate crimes had yet to be uncovered.

“This inquiry will not only look at the violent crimes committed against the LGBTIQ community, but will also review current policies around hate crimes to determine if any shortcomings have been addressed,” Mr Mallard said in a statement.

A police investigation of 88 suspicious deaths of gay men between 1976 to 2000 found 27 of them were likely murdered simply for being gay.