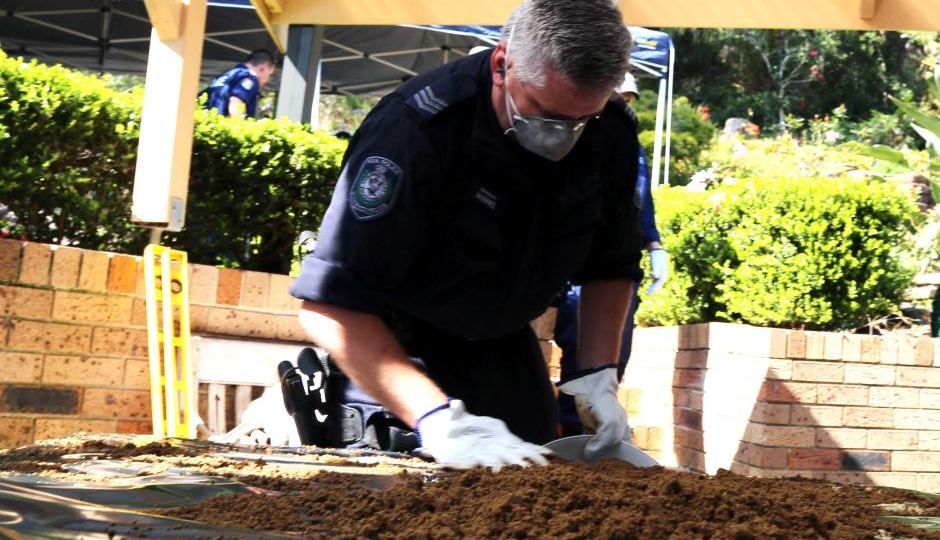 A police officer searches in the backyard of the Bayview home where Lynette Dawson lived. Photo: NSW Police

A police search at the former home of missing woman Lynette Dawson has failed to discover any remains or items of interest.

New South Wales police began a fresh forensic search on September 12 as part of an investigation into the suspected murder of Ms Dawson.

The search, at a home on Sydney’s northern beaches, was meant to conclude on September 16, however it was extended by one day.

But police said on Monday the search had failed to turn up her remains or any items of interest to the investigation.

Police said contractors would remain at the home to restore and repair parts of the property affected by the dig.

Police said despite the outcome of the latest search, they remained committed to providing her family with answers.

Her husband Chris Dawson, a former PE teacher, moved his schoolgirl lover into the family home just days after his wife went missing.

Mr Dawson told her family that she needed time away, and he did not report her missing to police for almost six weeks.

He has always been the only suspect.

Ms Dawson’s disappearance has been the subject of two coronial inquests, intense media scrutiny and a popular podcast, called The Teacher’s Pet.