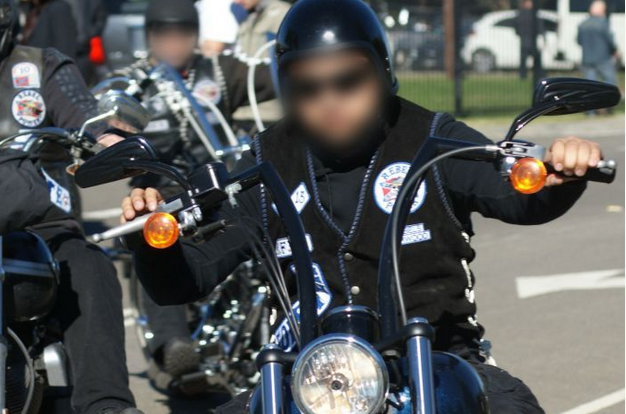 The massive investigation has seen the arrest of more than 70 people. Photo: NSW Police

New South Wales detectives have charged 70 people, including IT professionals, real estate agents and mortgage brokers, in an investigation into an alleged violent crime syndicate behind a spate of underworld killings.

Police on Saturday went public with the details of a near three-year investigation, revealing more than 70 people had been arrested as a result.

During the investigation period, a series of underworld executions unfolded across Sydney including the alleged murder of Rebels member Michael Davey in March 2016 and several linked or revenge attacks.

Acting Assistant Commissioner Stuart Smith said police alleged the origins of the enterprise came through the Burwood chapter of the Rebels bikie gang.

“They grew very quickly into a violent syndicate available to integrate with other syndicates and other criminal entities to carry out extortion, kidnapping and murder,” he said.

Mr Smith alleged the group behaved like the mafia, with “reputation and profiteering” above all else.

He said a 29-year-old who appeared in court on Thursday had been charged with directing the activities of the syndicate.

It is alleged that man was implicated in the November 2016 murder of underworld figure Pasquale Barbaro.

Mr Smith said it was alleged the man was also linked to the 2017 conspiracy to murder Rebels member Ricky Ciano, the death of Mr Davey and the execution of Mehmet Yilmaz, who was gunned down in St Marys in September 2016.

He said the evidence, much of which was gathered covertly, included more than 15,000 hours of electronic surveillance.

The dozens of people arrested in relation to the alleged syndicate have since been charged with more than 650 offences including murder, fraud, kidnappings, public shootings, drug and gun possession and money laundering.

While officers expected to make further arrests, Mr Smith said police believed the alleged members of the group were currently before the courts.

He said police would allege professionals had also been linked to the group.

“We’ve found IT professionals, real estate agents, mortgage brokers — we’ve seen a large number of professional people caught up in the net of this arrest raid.”

A former licensed gun dealer, Michael Fraser, was arrested on Wednesday as the investigation reached its crescendo.

The 40-year-old is accused of deliberately repairing and altering the ballistic identification on a firearm that was used in serious indictable offences by a criminal gang.

Detectives from strike force Ayle were led to a property at Seaham, north of Newcastle, in February where they seized replica guns and documentation.

They revoked the gun licences of Mr Fraser and a 48-year-old woman before later returning to the property and allegedly uncovering a stash of 1,180 guns. Many of the weapons were allegedly unregistered.

Mr Fraser has been charged with 101 offences, including participating in a criminal group, hindering the discovery of evidence and various firearms offences.

He appeared in Parramatta Local Court on Thursday and was granted strict conditional bail before he is due to appear again on September 18.