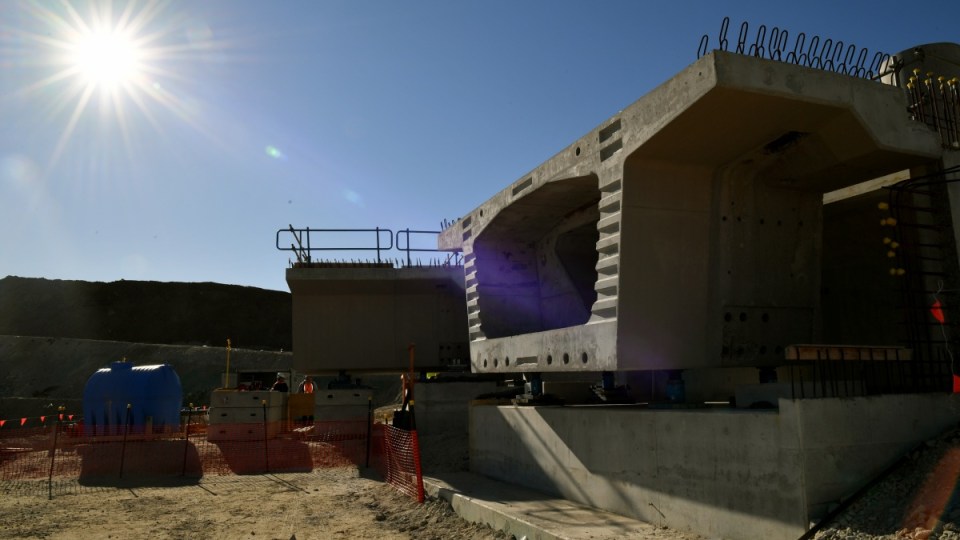 The NSW government is flogging off control of the $16.8 billion WestConnex while it is still under construction. Photo: AAP
analysis

After toll road financial disasters in Sydney and Brisbane whereby private bidders demonstrated they had no idea of how many cars might actually use a tunnel, the plan for the nation’s biggest toll road project was that the government would use its strong balance sheet to build the thing, de-risk it by demonstrating how much it would be used, then sell it off to an informed market, use the proceeds to build the next stage and repeat the process.

Selling to an informed market should result in the best outcome for the government, road users and whoever purchased the road.

But that wise plan has been junked with the NSW government flogging off control of the $16.8 billion WestConnex while it is still under construction. It is very reasonable to wonder: What’s the rush?

Fairfax Media is reporting toll road giant Transurban is odds-on favourite to win the auction if the competition regulator announces it has no objections on Thursday.

WestConnex is the missing piece in Transurban’s domination of the NSW toll road business.

In the interests of total transparency, let it be recorded straight up that IFM, the industry super funds manager that also owns The New Daily, is competing with Transurban for a WestConnex stake.

That is of no interest to me. In my opinion, it’s simply poor policy to let any party grab control of WestConnex before it’s clear how the beast will perform. And there’s no financial need to either, given the rude health of NSW’s finances.

What pushes poor policy to something near farce is that Transurban is offering to hand over the detailed traffic data on its Sydney roads “to allay concerns that the company has an unfair advantage over rivals”.

The catch is that the data won’t be available until after the WestConnex auction – making it rather irrelevant.

The premature WestConnex auction is the latest in a series of NSW infrastructure blunders as the state rushes to make up for under-investment in its future.

Among other things, NSW has purchased trains that don’t fit existing station platforms, two tram systems that can’t interconnect, is facing legal action over the views from Packer’s Crown casino, a $1.1 billion action by a light-rail subcontractor and a class action by business owners who have been damaged or destroyed by the over-budget and way-over-time tramline construction.

It is my hope that my grandchildren might live long enough to see the George Street trams in action.

With the problems mounting from rushing projects, the unseemly haste in selling WestConnex is curious – but there is a state election due in March.

The mysterious business of NSW government abandoning the WestConnex model