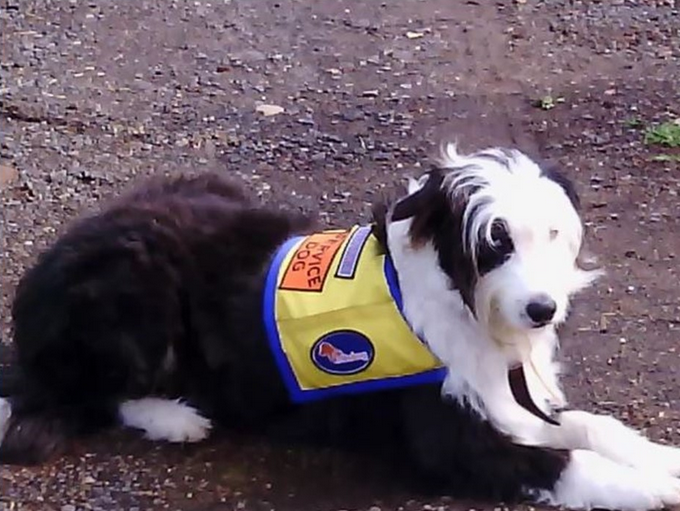 A man and his assistance dog Boofhead have won a court battle against a NSW RSL club which discriminated against the pair during a six-month feud over the bearded border collie’s “pungent” smell and appearance.

The Jervis Bay RSL on Friday was ordered to pay more than $16,000 in damages to Peter George Reurich for denying him and Boofhead entry between 2014 and 2015.

Mr Reurich, who says he suffers from an adjustment and personality disorder which manifests in anxiety and depression, was told to leave the RSL on multiple occasions because 11-year-old “Boofy” stank.

“Your dog does not meet the basic health and hygiene standards of the club because he has a pungent smell, his coat is all matted and he is visibly dirty,” Mr Reurich was told by an RSL employee, according to Justice Brigitte Markovic’s written judgment.

On another occasion, Mr Reurich and Boofhead were on an RSL courtesy bus when the driver told him “your dog makes me puke”.

“How can you say my dog smells when you smoke cigarettes – you smell of cigarettes,” he replied.

The first time Mr Reurich was barred from the club because of Boofhead he claims to have been so distraught he walked into a sliding glass door – breaking his glasses and hurting his nose.

“The old saying goes that a dog is a man’s best friend but, as this case demonstrates, sometimes a dog can be more than that,” she said in Friday’s judgement.

“He is a constant companion who, as the evidence demonstrates, Mr Reurich depends on to assist him in coping with everyday life.”