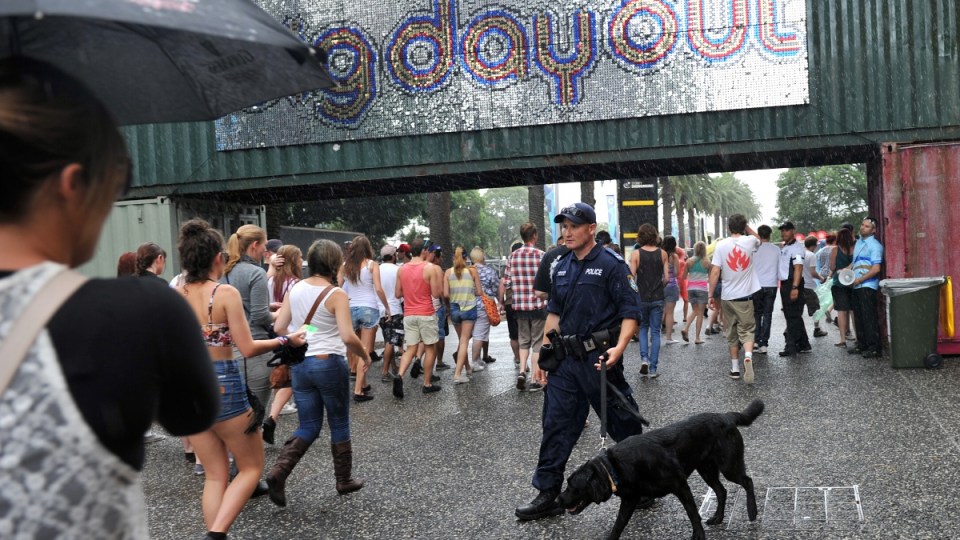 There were 1124 strip searches sparked by a drug dog indication in NSW last year. Photo: AAP

It means 718 people were subjected to a strip search despite NSW Police finding no drugs, a failure rate of 64 per cent.

Stunningly, police did not track how much the program cost taxpayers.

“The NSWPF [NSW Police Force] does not track the costs of drug detection dog operations and is unable to provide an answer to this question,” Police Minister Troy Grant said in answers to questions on notice tabled in NSW Parliament.

Mr Shoebridge said the hundreds of failed strip searches were an abuse of rights, souring relationships between police and mostly young people.

“These aggressive searches are all about PR, about the police being seen to do something on the failing war on drugs,” Mr Shoebridge said.

“Any other government program that gets it wrong almost two-thirds of the time would be immediately halted.”

General searches had a failure rate of 61 per cent last year.

No drugs were found in 6270 of a total 10,224 general searches following a dog indication.

The first half of this year has not fared much better.

Between January and June 7 this year, 735 people have been strip searched after being singled out by a drug dog.

Drugs were found 321 of those times, a failure rate of 56 per cent.

A spokesperson for Mr Grant said the sniffer dog program had the government’s full support.

Dogs are one part of the drug-detection strategy, and have a strong deterrence factor, the spokesperson said.

More than 3500 MDMA capsules were seized at the Midnight Mafia music festival by NSW Police in May this year.

Mr Shoebridge at the time said he’d been contacted by people who were turned away from the Sydney event after being targeted by a drug dog despite no drugs being found.

NSW Police also warned punters would be turned away from Sydney’s Above & Beyond festival last month if a sniffer dog made an indication, regardless of whether drugs were found.

A court injunction to stop the police plan failed, and the Greens-backed ‘Sniff Off’ campaign said ticket holders reached out after being denied entry despite police finding no drugs.

ABC reported earlier this month that drugs were found just 15 per cent of the time in South Australia after indications from sniffer dogs or electronic tests.

The SA Police figures from 2016-17 found drugs on 348 people in 2366 searches. Police said 1605 of those people admitted being previously in contact with drugs.

Premier Steven Marshall in May said drug dogs could be sent into schools under the proposed ‘Stop the Scourge in Schools’ policy.