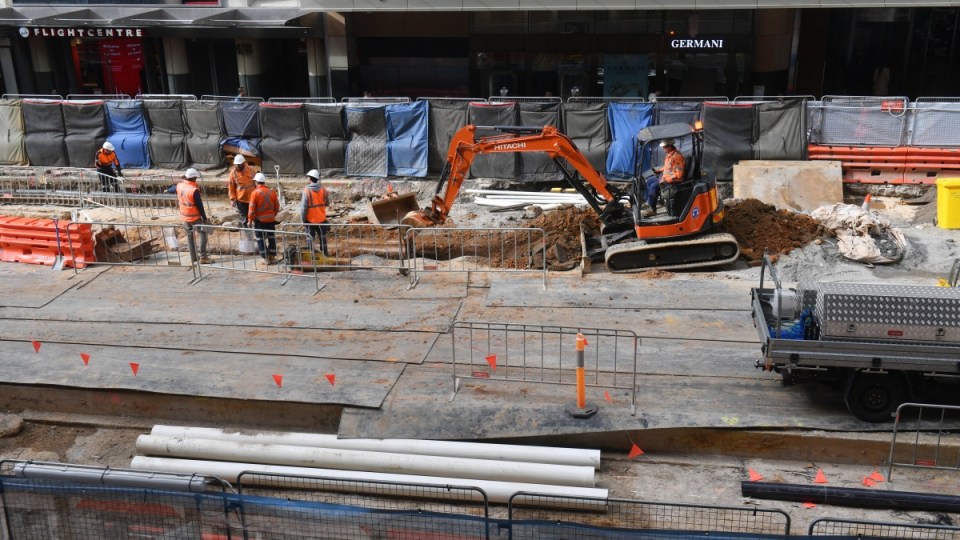 Sydney café and restaurant owners have anxiety and depression because their businesses have been run into the ground by the troubled light rail project, a New South Wales parliamentary inquiry has heard.

Submissions published by the upper house committee reveal the extent that business owners have suffered since temporary fences went up from 2015 and blocked off up to 750 businesses.

Amelia Birch, owner of the now-closed Book Kitchen on Devonshire Street in Surry Hills, said trading plummeted 40 per cent within a week.

She told the inquiry she lost more than $300,000 and now has anxiety and panic attacks.

The business closed last year as a result. It had been open 12 years, eight of which were under Ms Birch’s ownership.

“I have been appalled at the apathy from the NSW state government. This entire project has been managed incompetently and with no research-based knowledge to go on. It is a disaster for businesses including my own and I have no doubt it will do nothing to address the transport needs of the community,” her submission said.

I lost everything I put blood, sweat and tears into for 8 years in my life because of this inappropriate and expensive project and nobody in the government cares.”

The owner of nearby Ouroboros Wholefoods Café said he has experienced stress, anxiety, depression, worthlessness and suicidal thoughts.

Phil Powney has suddenly been hit with migraines after running Café Jack’s on Anzac Parade for 10 years.

“In all our years in business we have never been put in this position of hardship as we find ourselves in today since the commencement of the light rail project along Anzac Parade,” Mr Powney told the inquiry.

Mr Powney said he has endured sleepless nights, followed by severe migraines due to constant financial pressure from the downturn.

He had not received any compensation by the time he made his submission earlier this month.

A part-owner of Chinese restaurant The Emperor’s Garden in Haymarket said trading has plummeted 30 to 50 per cent since construction began.

The restaurant has been open for nearly 40 years.

He said there had been a high turnover in tenants at shopping centres like the Dixon House, East Coast Centre and Sussex Centre, with tenants unable to make rent as a result of project delays.

How much compensation is Transport for NSW providing?

A transport spokesperson acknowledged the infrastructure development was having an impact.

“While long term the light rail project will clearly have tremendous benefits for business, Transport for NSW understand that there have been some impacts during construction to some of the 750 businesses along the alignment.”

The spokesperson said the department has co-ordinated programs to support businesses.

“In addition, small businesses that believe their operations have been negatively financially impacted by the light rail construction taking longer than expected, and that meet criteria are eligible to request assistance in the form of rent assistance.”

As at Monday, 101 small businesses had been assessed for compensation after providing all necessary information.

Of those, 74 businesses have been offered assistance and 69 have been paid a total of more than $6.95 million.

It means the businesses who’ve made successful applications for compensation have been paid an average of more than $100,000.

Submissions to the inquiry closed earlier this month, with public hearings set to begin next month.

The project is at least a year behind schedule, with March 2020 the new expected completion date.

The department is also fighting contractors in court over claims for extra costs and damages.