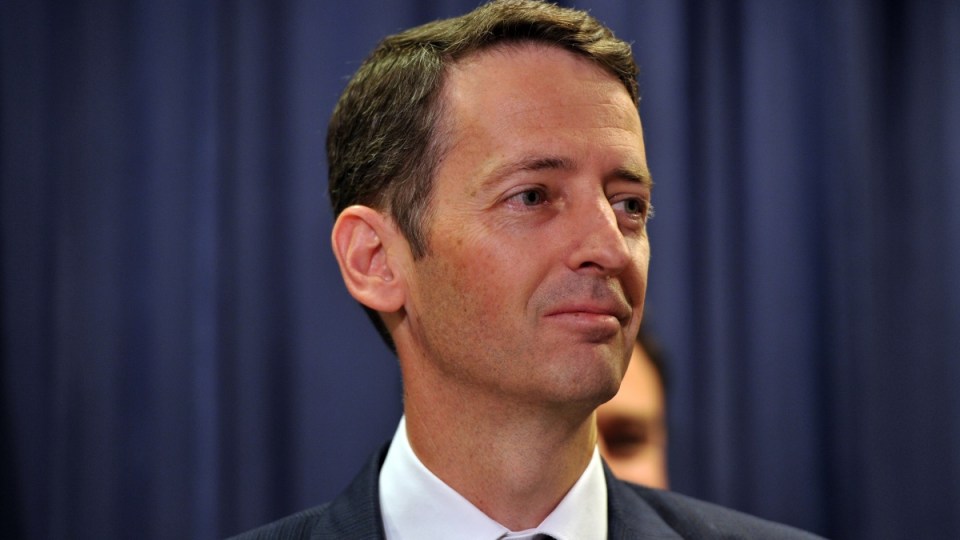 A maverick New South Wales backbencher has defied Gladys Berejiklian and described the premier’s refusal to grant him a conscience vote as “untenable and completely repugnant”.

Matthew Mason-Cox crossed the floor anyway on Tuesday night to censure the leader of the government in the upper house, Arts Minister Don Harwin.

That’s despite being explicitly told he would not be granted a conscience vote.

“It has been made clear to me today by the leader of the government and the premier that no conscience vote is permissible on this respective issue,” Mr Mason-Cox told parliament.

“I accept the premier’s judgement, however apparently conscience votes are only permitted where the premier permits them. To me, that is untenable and completely repugnant to the whole nature of a conscience vote, which is by its very essence personal to the member.”

He previously crossed the floor to compel the government to release documents related to the Powerhouse Museum relocation, stadium rebuild, and a report into child protection services.

“I was disciplined without consultation or explanation. I accepted that. I continue to accept that.”

The government claimed cabinet-in-confidence to defy the orders.

But the motion on Tuesday night, which passed 21-20 with Mr Mason-Cox, will again compel Mr Harwin to release the documents by 9.30am on Wednesday.

If he doesn’t, or cannot provide the upper house with a satisfactory explanation not to, he could be immediately expelled from parliament.

The case could land in the NSW Supreme Court to test whether the privileged documents are covered by the order for papers.

The last time this occurred in NSW was the 1990s upper house suspension of Labor’s Michael Egan.

The opposition and crossbenchers on Tuesday cited Egan v Chadwick, however Mr Mason-Cox said the case did not result in a straightforward judgement.

Mr Mason-Cox said the government’s claim the Powerhouse Museum business case did not exist was, “to put it lightly, alarming”. Mr Harwin denied that was the case. He said no documents were covered by the resolution or were lawfully required to be provided.

Greens MLC David Shoebridge said there had been a “shroud of secrecy over almost every controversial decision made by the government.

“Finally parliament is striking back at executive overreach.”

Robert Brown of Shooters, Fishers and Farmers Party (SFF) said all ministers were accountable “whether they like it or not”.

Mr Harwin said it was “frankly ridiculous” to suggest the government had not been transparent in its dealings.

Mr Mason-Cox said the government had been acting “inconsistently but arbitrarily” to decide which cabinet-in-confidence documents or business cases should be released.

“It appears the government is acting in its self interest, rather than the public interest.”

Mr Mason-Cox said he was “conflicted” but reached his decision “after much reflection”.

He said he was “very uncomfortable” the motion put the blame with Mr Harwin, in his capacity as leader of the government in the house.

The Christian Democratic Party sided with the government.