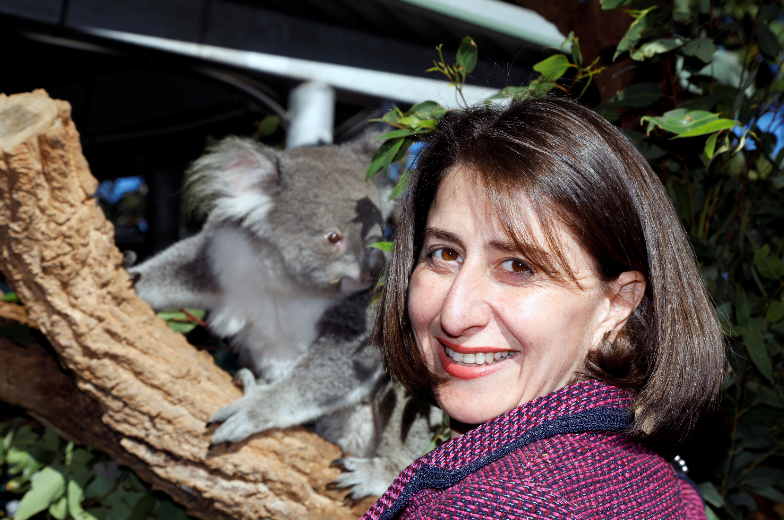 One is a meek and mild creature lacking even an ounce of fight. The other is a koala. Photo: Rick Stevens

Prince Harry and Meghan Markle have received a uniquely Australian wedding present from NSW – two newborn koalas that have been named in honour of the royal lovebirds.

But the sexes of the koala joeys aren’t yet known, meaning Harry could be a girl and Meghan a boy.

Premier Gladys Berejiklian on Friday welcomed the cuddly bundles at Taronga Zoo and extended her best wishes to royal couple ahead of their wedding at Windsor Castle on Saturday.

The premier later revealed the sexes of the koalas are not yet known because they’re yet to emerge from their mothers’ pouches.

“We won’t know their genders until then,” Ms Berejiklian told 2GB radio.

“(But) no matter if they are two boys or two girls or one of each they’ll be called Meghan and Harry.”

The Liberal leader hopes the prince and his new wife will meet their namesakes when they visit Sydney in October for the Invictus Games.

Harry’s nephew George – the third in line to the British throne – has a bilby exhibit named after him at Taronga Zoo.

The enclosure was officially named the Prince George Bilby Exhibit after Prince William and Kate gave birth to their son in mid-2013.