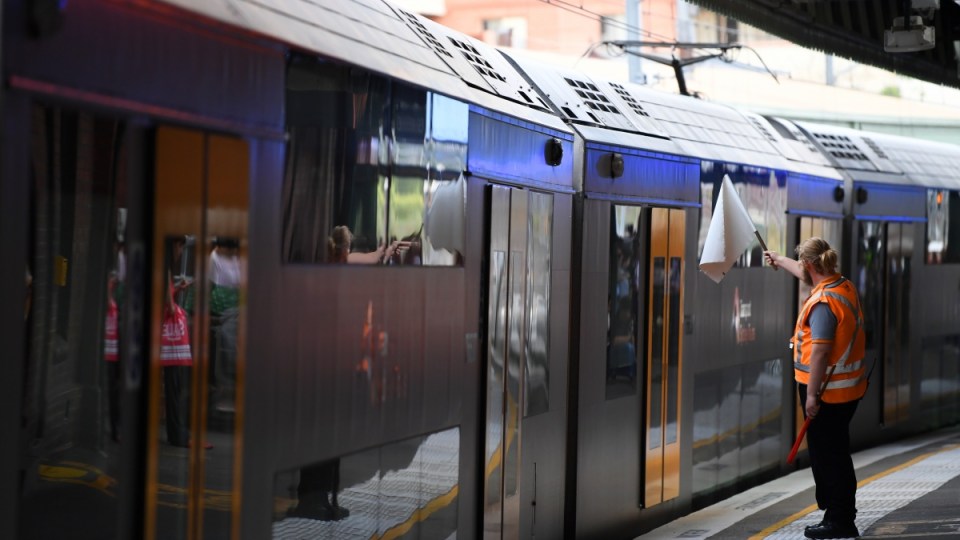 The T8 Airport line was the worst affected. Photo: AAP

The railway stations worst affected by the “tangled” and understaffed Sydney Trains network have been revealed.

Trains failed to make scheduled stops on the T8 Airport line more than any other line between November 1 last year and February 2 this year, according to figures obtained by the NSW opposition under freedom of information laws.

Wolli Creek was skipped 23 times over the two-month period, followed by the Domestic Airport, Green Square, International Airport and Mascot – which were each skipped 12 times.

Newtown on the Inner West line was also missed 12 times.

Labor’s shadow transport minister Jodi McKay said she requested data on trains failing to stop at peak times, as well as the number of cancellations, over the two-month period.

All up, trains did not make scheduled stops 198 times, on top of the 394 service cancellations.

Transport Minister Andrew Constance rolled out a more intensive train timetable on November 26 last year, which was blamed in part for a two-day network meltdown in January.

A Sydney Trains spokesperson told The New Daily there were more than 11,650 scheduled stops on the Sydney Trains network every day.

“Skipped stops represent less than 0.1 per cent of the hundreds of thousands of scheduled stops made each month,” the spokesperson said in a statement on Monday.

“We recognise it can be frustrating for customers when their station is skipped, but we only skip as a last resort during incidents on our network. When this occurs, we make sure there is another service arriving soon for these customers to board.”

Ms McKay said Mr Constance was “trying to buy time” when he earlier asked for patience dealing with the new train timetable.

“It’s now obvious he doesn’t know how to get the trains running on time – or he doesn’t really care,” Ms McKay said in a statement on Monday.

“Getting where you want to go, on time, has become something of a lottery. That’s no way for people to live or an economy to grow.”

Sydney Trains and Transport for NSW handed down a joint review into the January 8 and 9 meltdowns in February.

It found the “tangled” network compounded failures and disruptions, with its multiple branches, crossovers and junctions.

“This means that when incidents and delays occur they have the potential and a tendency to cascade across multiple lines,” the report said.

The review also found more train crew should be hired to minimise vulnerability on the network.

Sydney Trains cut about 94 weekly services in March to ease pressure on the network brought by the more intensive timetable rolled out in November. Most of the services cut were from the early morning or late evening.

Monthly performance data shows Sydney Trains achieved 90.6 per cent peak punctuality in January, which is below its 92 per cent target.

A Transport for NSW survey showed satisfaction on the train network was 89 per cent in May last year, up from 79 per cent in November 2012.