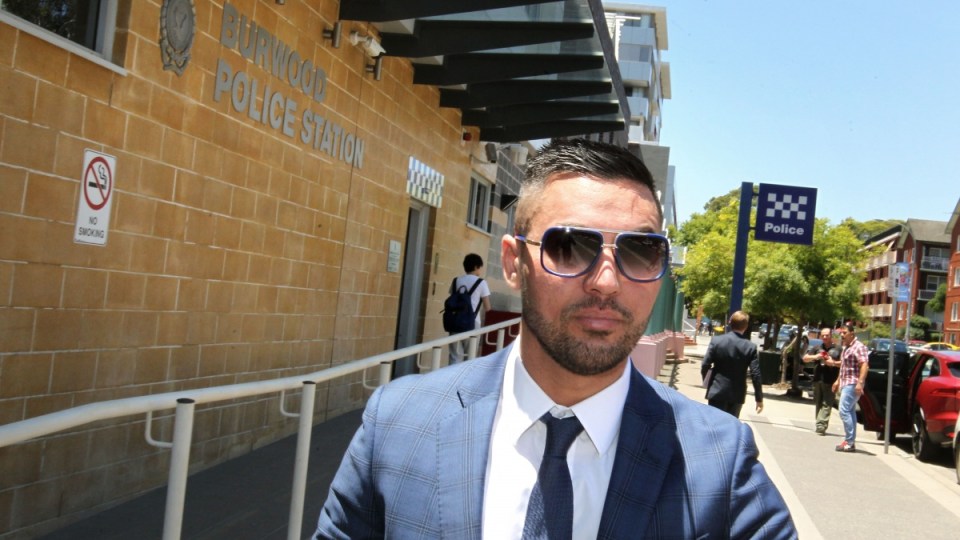 Former Auburn deputy mayor Salim Mehajer’s defence team has abandoned his case after he was accused of assaulting and robbing a taxi driver.

The controversial Sydney businessman denies stealing the cabbie’s iPhone, throwing it out of the taxi and hitting the driver with an Eftpos machine outside Sydney’s Star Casino last April.

High-profile solicitor Brett Galloway withdrew from the case when a tired-looking Mr Mehajer appeared at the Downing Centre Local Court on Wednesday after a week in custody.

“I’ve been asked to take a position which is untenable,” Mr Galloway told magistrate Vivien Swain.

The 31-year-old property developer has pleaded not guilty to assault occasioning actual bodily harm, larceny to the value of less than 2000, destroying or damaging property and common assault.

Mr Mehajer was last week refused bail after being accused of staging a car crash on his way to court in October 2017, days after he insured his luxury vehicle for more than $150,000.

His Mercedes had collided with a Mitsubishi Outlander at an intersection in Lidcombe, which a magistrate last week labelled as a “premeditated scheme” to avoid court over the assault charges.

Mr Mehajer was cut free from his luxury car by firefighters, put in a neck brace and taken to Westmead Hospital, while his passenger – two women aged 31 and 32 –and the occupants of the other vehicle were uninjured.

The other driver admitted fault after the crash, the court heard last Tuesday, but Mr Mehajer was charged with perverting the course of justice and conspiracy to cheat and defraud over the crash.

Mr Mehajer was also charged with two fresh counts of stalking and intimidating his estranged wife, Aysha Learmonth, in 2017.