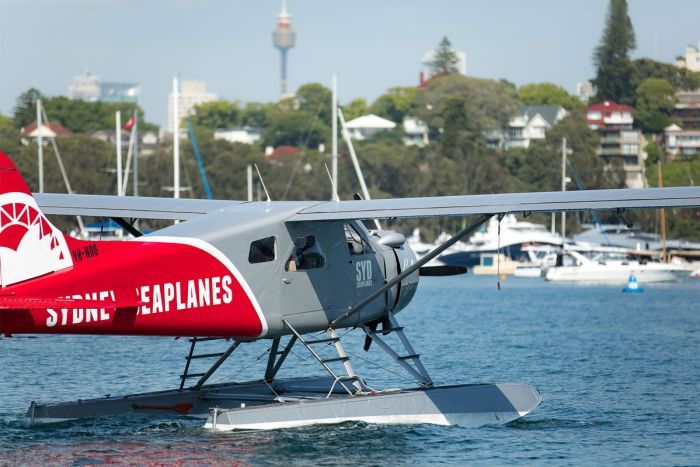 A seaplane that crashed into the Hawkesbury River north of Sydney on New Year's Eve killed all six people aboard. Photo: ABC

The boss of Sydney Seaplanes has described the actions of a highly experienced pilot during New Year’s Eve’s deadly crash as “totally inexplicable”.

The Australian Transport Safety Bureau on Wednesday released an interim report into the crash, which killed six people north of Sydney in December.

The DHC-2 Beaver, piloted by Canadian Gareth Morgan, slammed into Jerusalem Bay on the Hawkesbury River with high-profile UK businessman Richard Cousins and his family on board on December 31, killing all five passengers and the pilot.

Sydney Seaplanes chief executive Aaron Shaw said the main question from the initial ATSB report was why the plane crashed in an area surrounded by steep terrain and with no exit.

“It is not a route we authorise in our landing and take-off area register and the plane simply should not have been where it was,” he said in a statement on Wednesday.

“The aircraft is then reported to have entered into an 80 to 90-degree bank angle turn.

“A turn of this nature at low altitude by a pilot with Gareth’s skills, experience and intimate knowledge of the location is totally inexplicable.”

The preliminary ATSB report found “no evidence of a bird strike or collision with an object prior to take-off or in-flight”.

There was also no evidence of flight control issues, an in-flight break-up or pre-impact structural damage.

The damage to the plane’s wings when it crashed was consistent with witness statements that it hit the water while banking right, the ATSB said.

The ATSB notes the seaplane had no cockpit voice or flight data recorder fitted, nor video recorders, as there was no legal requirement for a plane of that size to have the equipment.

The plane was once a crop duster that was involved in a serious crash near Armidale in November 1996, killing the pilot.

A final report is expected early next year.