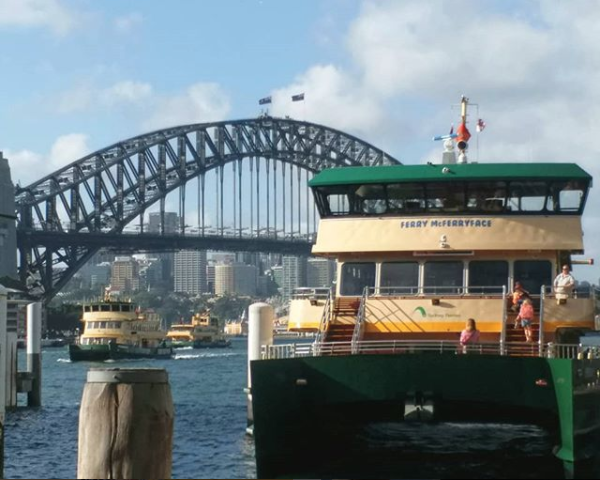 The controversially titled ‘Ferry McFerryface’ is being renamed after Transport Minister Andrew Constance was accused of lying about public support for the joke title.

Mr Constance on Tuesday evening announced the Sydney ferry would be renamed after treasured children’s author May Gibbs, of Snugglepot and Cuddlepie.

Ferry McFerryface was said to have won a Sydney poll to name the ferry, but freedom of information documents reveal it attracted just 182 votes. It was ineligible under the New South Wales government’s own criteria, according to the Nine Network.

The documents revealed the criteria for the ferry-naming competition, drawn up by Transport for NSW, recommended “mitigating the risk of satirical naming campaigns” and avoiding “the highly publicised mishaps in the naming of ships in other jurisdictions”.

It is not everyone's cup of tea, but the people voted for it so we listened. https://t.co/jU4oRjLL1I

Mr Constance signed off on the plan and later went ahead with naming the vessel Ferry McFerryface, the Nine Network says.

“It is not everyone’s cup of tea, but the people voted for it so we listened,” Mr Constance tweeted in November last year.

The documents reveal environmental campaigner Ian Kiernan, of Clean Up Australia, received the most votes in the competition.

Hours after the documents were revealed on Tuesday, Mr Constance announced the vessel will be renamed. He said it was branded Ferry McFerryface for the summer only.

“We always intended this vessel would be named for the kids,” Mr Constance said in a statement.

“After a summer on the harbour, Ferry McFerryface will now be renamed after prominent Australian author May Gibbs. This will retain the vessel’s appeal to our youngest customers while also recognising an Australian icon with a long connection to Sydney.”

“We know Andrew Constance can’t run a train network but now it’s clear he can’t even run a competition to name a ferry,” she said in a statement.

“He flat out lied about the competition repeatedly saying Ferry McFerryface was the popular choice when he knew it was anything but.”

He said Ferry McFerryface came from the first open call for public nominations where people could vote for any name without stringent criteria.

“In this round, Ferry McFerryface received 229 nominations and Ian Kiernan received 17,” Mr Constance told AAP in a statement.

The second round of public voting included set criteria and did not include Ferry McFerryface as an option, he said.

The embattled transport minister has had a long month, following repeated chaos on the Sydney Trains network.

The name Ferry McFerryface isn’t original. It follows a public vote in the UK to name a new polar research ship Boaty McBoatface.

Ferry McFerryface to be renamed after Andrew Constance’s latest misstep