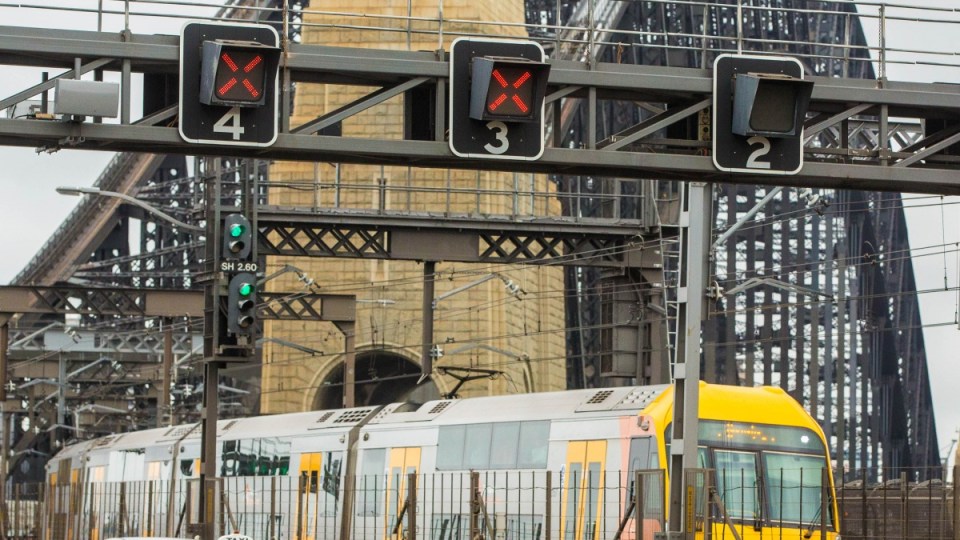 Sydney's trains are expected to run as normal on Monday. Photo: AAP

The NSW transport minister may still be unclear whether Sydney’s trains will run smoothly on Monday, but he’s more confident that commuters will soon be using their smartphones to tap on and off transport services.

Andrew Constance said on Sunday he was “pretty confident” trains will run to expectation after a 24-hour strike was called off late last week after an order by the Fair Work Commission.

Trains are scheduled to run on a standard weekday schedule on Monday, but asked if he was concerned disgruntled train drivers may call in sick on Monday, Mr Constance said he was fairly confident trains would run on time.

“We’re heads down, tails up making sure this network settles down and people can catch their trains … I’m fairly confident that’s going to happen given the fairly strong words of (Rail, Tram and Bus Union secretary) Alex Claassens.”

I’m not going to speculate … you had the union leader saying that they would abide by the findings of Fair Work.”

Mr Constance said he understood the union leadership would meet on Monday to discuss the current deal on the table from the government.

Asked if Sydney Trains were calling drivers out of retirement due to understaffing, Mr Constance said it “would make sense” but did not confirm whether it was occurring.

“It would make sense to see if some of the drivers do want to return because they don’t need to go through 12 months of training,” he said.

“All those issues will have to be questioned of (Sydney Trains chief executive) Howard Collins but again, getting people back to work, given that you don’t have to train them for 12 months is the key point.”

Mr Constance said 165 people were currently being trained as train drivers, with 18 due to start next month.

Ticket flexibility is on the way

The transport minister was also upbeat about new ticketing plans saying commuters could soon be tapping on and off public transport services with their smartphones, watches or credit cards.

“Opal is an enormous success … but we can now take it to a new level so people have choice,” Mr Constance told reporters on Sunday.

“So they can use their iPhones, their smart watches and of course contactless payment through credit card.”

“There’s an inbuilt chip that already exists in the hardware, so we’ve got the hardware available, what we want to do is provide people with choice,” he said.

Sydney trains are back – maybe, but smart ticketing is on the way