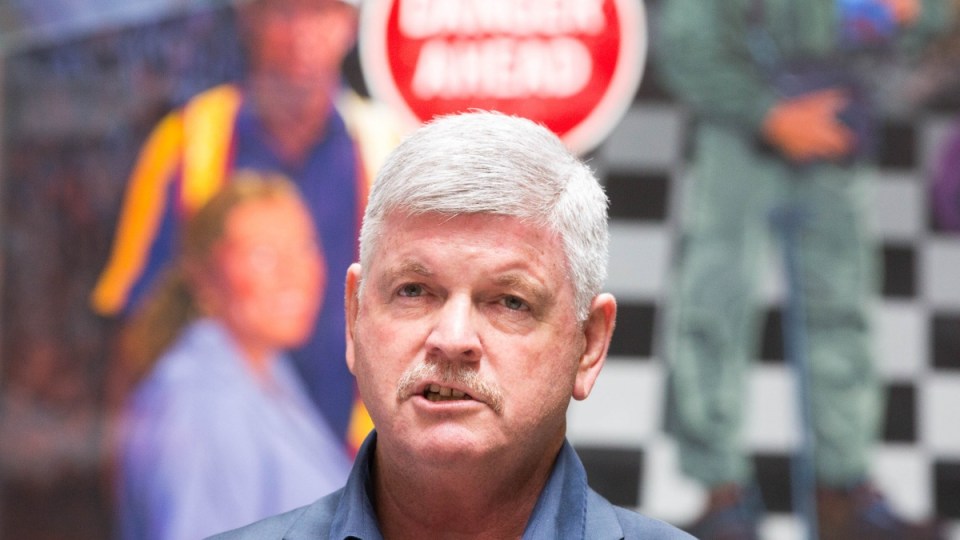 Get ready for chaos Sydney – rail workers have again overwhelmingly voted to take industrial action that will bring the city’s train network to a standstill.

No trains will run in New South Wales on Monday, but the disruption will start on Thursday when an indefinite ban on overtime work begins.

As a contingency, 1300 services have been cut in advance. Hundreds of buses will be on standby in the case of crowd crushes.

Commuters are being warned to travel outside of peak hours, plan ahead, and avoid travel altogether where possible.

The Fair Work Commission heard applications to block the industrial action on Wednesday, but the hearing was adjourned until Thursday morning.

Vote to strike was overwhelming

Just 5.93 per cent of Rail, Tram and Bus Union members – or 362 people – voted to call off the action in a poll via text message.

“Unfortunately my members have overwhelmingly decided that the offer on the table is nowhere near good enough and our industrial action will continue,” RTBU NSW Secretary Alex Claassens told reporters.

The union sent a text message to 6101 members on Tuesday night, asking whether the latest offer from rail management was sufficient to cancel the industrial action.

Workers were required to reply ‘yes’ to call off the strike, with no response counted as a ‘no’ vote.

Some members complained they were yet to receive the text on Wednesday morning, hours before the midday deadline.

Mr Claassens acknowledged it wasn’t a “perfect poll”, but said he’d done his best in the circumstances. It would normally take two weeks to poll the members, and he had been unsuccessfully trying to negotiate a fair deal for six months, he said.

“It’s disappointing that we’re in this position. The transport minister has unfortunately let it get to this. He could have averted this issue a long time ago, simply by putting forward a fair and reasonable offer for the workers back then.”

“I don’t think group texting people like this is a legitimate way to understand the views of the workforce in relation to what is a comprehensive package,” he told reporters in Sydney.

On the RTBU Facebook page, many train workers said the latest offer was short of expectations.

On Monday 29th January, all stations will be closed and no trains will run across NSW. Reduced services will run from Thursday 25th on Sydney metropolitan, NSW Intercity and Regional trains.
For the latest information go to https://t.co/66EgL2IJ3F pic.twitter.com/4qSOVygB29

They turned down a 2.75 per cent annual raise, extended bus passes and a one-off $1000 payment.

Writing on Facebook, one train worker said they were “fighting for a roster that doesn’t rely on us working 12 and 13 day fortnights to keep an unworkable timetable afloat”.

Mr Claassens said the more intensive timetable rolled out in November was “the straw that broke the camel’s back”.

“This is not about money. The minister kept trying to make this about money. I have always said that it’s about conditions. This is about our working conditions and our right to have days off for God’s sake.”

Mr Claassens urged Mr Constance to intervene with a better offer in a last ditch attempt to call off the strike.

What the workers say

Mr Constance has toyed with the idea of driverless trains in the future, as well as the possibility of privatisation.

“Constance wants driverless trains. Well, Monday he will have them,” a Sydney train driver, who did not want to be named, told The New Daily.

.@AndrewConstance: 'Plan your trip and try to avoid peak periods if you can. Leave early or leave late if you can; group texting is not a legitimate way of canvassing the views of the people' MORE: https://t.co/4I9fj1CmVu pic.twitter.com/rL1zKMVFjR

“The transport minister doesn’t care about the long-term welfare of Sydney’s public transport … We believe he’s running it down to justify privatisation.”

The driver added that a ban on overtime “shouldn’t send Sydney Trains into a timetable crisis”, and that this was evidence of mismanagement.

A Sydney train guard on Tuesday told The New Daily morale had been bolstered by the union’s tough stance.

“Morale is pretty high actually,” said the guard, speaking on the condition of anonymity.

“People seem supported and proud to be part of a union.”