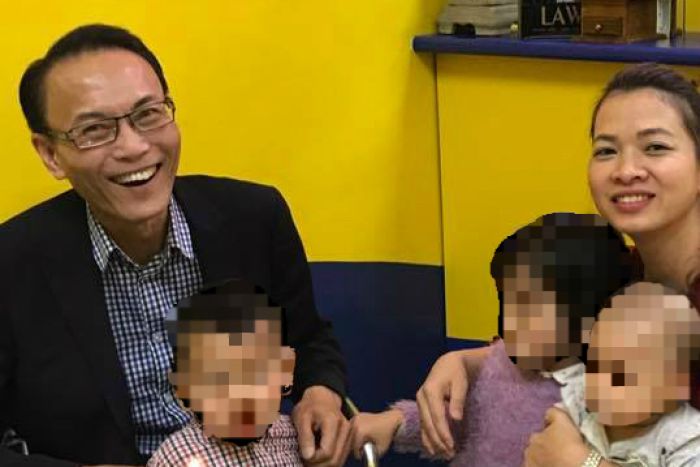 The killer of prominent Vietnamese lawyer Ho Le Dinh is still on the run as friends struggle to make sense of the family man’s brazen daylight shooting murder on a busy Sydney street.

Mr Ho, aged in his 60s, died on the side of a Bankstown road after being shot several times just before 4pm on Tuesday in what New South Wales Police described as a “targeted attack”.

Witnesses said the attacker fled on foot, with police confirming the last sighting of the suspect as Stewart Lane in Bankstown, behind the Bankstown City Plaza.

“We will hunt you down,” Homicide Squad Commander Detective Superintendent Scott Cook told the killer in a live press conference.

“We’re confident the shooting was targeted, it was not random.”

Police have described the shooter as Pacific Islander in appearance, with an olive complexion and of medium build.

‘He was a good person’

Friends of the prominent lawyer are struggling to make sense of the targeted shooting of a family and community man.

He was shot at the Happy Cup Cafe at Bankstown City Plaza while dozens of people screamed and ran for their lives.

Mr Ho’s best friend, Van Nguien, said he was shocked and “so sad” to learn of his death.

“He was a good person. He helped people a lot,” he said.

“He had no father or mother here, or brothers or sisters.

“I had coffee with him earlier in the day.”

Lawyer had clients in organised crime

Mr Ho was a well-known criminal lawyer, and lived in Randwick.

Police said they were examining links to his work and his daylight murder.

“He has a lot of clients who are engaged in organised crime and other offences, so that is absolutely a line of inquiry in terms of his business,” Detective Superintendent Cook said.

Police were not concerned about reprisals at this stage of the investigation, the Homicide Squad Commander said.

“What we’re concerned about is finding the offender and arresting him. That’s really our concern. Is the danger to the community. He’s clearly prepared to use a firearm to kill someone and he needs to be locked up.”

A witness who owns a local bakery told the ABC she saw Mr Ho’s bloodied body shortly after the incident.

“He was lying on the floor with a lot of blood and there was a woman doing CPR on him and then about 10 minutes later the police came,” she said.

The street is a major artery in the western-Sydney centre of Bankstown, and was closed to the public after the attack.

‘We will hunt you down’: Police vow to catch lawyer killer