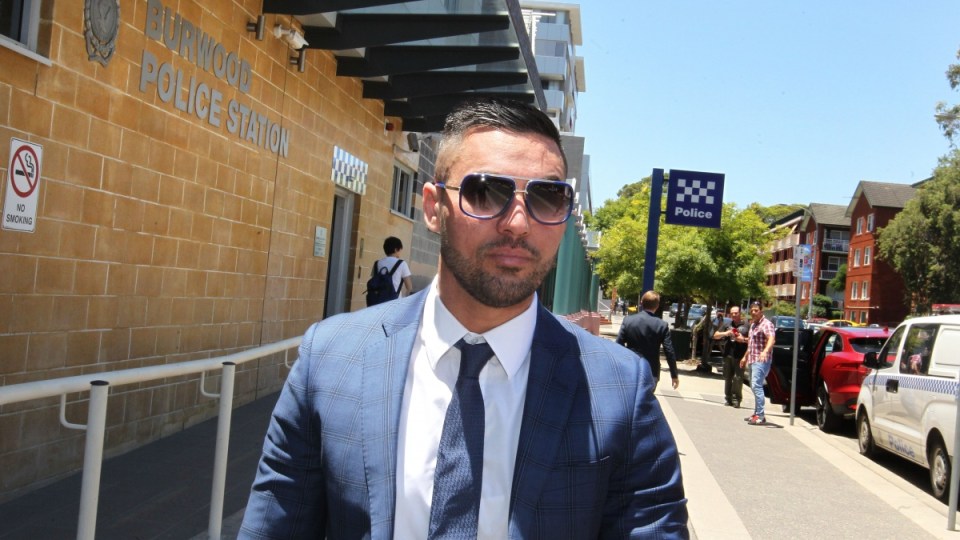 Former Auburn deputy mayor Salim Mehajer has been charged over allegations he staged a car crash to prevent a court matter going ahead.

Mr Mehajer, 31, was on his way to court at the time of the crash to face charges over the alleged assault of a taxi driver last year.

The October 16 car crash took place at the intersection of Nicholas and Delhi Streets, Lidcombe, between Mr Mehajer’s Mercedes AMG and a Mitsubishi Outlander.

After the collision, Mr Mehajer was treated by paramedics in full view of television cameras and was taken by ambulance to Westmead Hospital.

Although his lawyer Brett Galloway said his client had been a passenger in the car that crashed, vision from the scene showed Mr Mehajer being removed from the driver’s seat of the Mercedes SUV.

Detective Superintendent Philip Rogerson said the crash “was not acceptable”.

“It’s not acceptable to the police, and in particular, the emergency services that freed them on that particular day, out of that car, and obviously, the insurance companies and people like yourselves who have to pay your premiums,” he said.

Just before 7.00am today, detectives arrested Mr Mehajer at his new home at Vaucluse.

Mr Jaghbir, was not in either vehicle at the time of the crash but is likely to be charged with the same offences as Mr Mehajer.

Det Supt Rogerson said the cheat and defraud charges were related to an insurance claim or claims, and the pervert the course of justice charge related to Mr Mehajer being prevented from attending court on the day of the crash.

The married couple who were arrested are facing alleged cheat and defraud charges in relation to an insurance claim.

The 31-year-old woman was the driver of the Mitsubishi involved in the crash with Mehajer’s Mercedes.

The woman was driving with a female friend in the passenger seat, who is also expected to be arrested.

They are being questioned at Auburn Police Station.

In November, a few weeks after the crash, police raided Mr Mehajer’s home as part of their investigation, carrying boxes out and loading them into their cars.

At the time of the crash, Mr Galloway said suggestions the crash had been staged in a bid to delay legal proceedings were “ridiculous”.

“These things happen,” he said.

“Bad things happen at the wrong time. [You] can’t do much about it really.”

The charges Mr Mehajer was on his way to court to answer related to the alleged assault of a taxi driver outside Star Casino in April.

Police say Mr Mehajer threw the driver’s eftpos machine at him, and took his phone and threw it out of the cab.