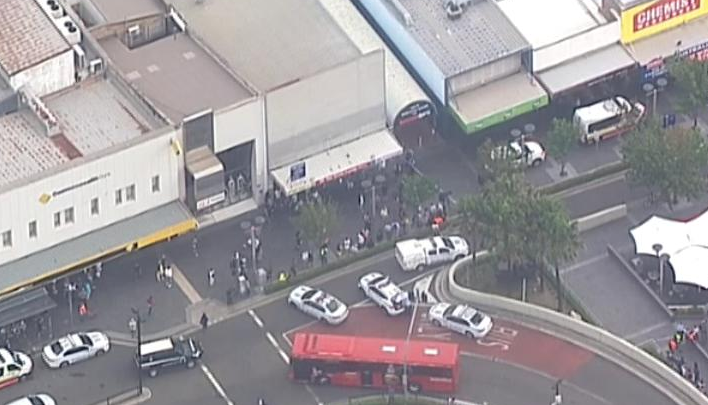 The gunman fled the scene before emergency services arrived at the Bankstown cafe. Photo: Channel 7

New South Wales Police are hunting for a gunman after a man was shot dead at a cafe in Sydney’s west, in what is believed to have been a targeted attack.

Witnesses reported hearing three gunshots at the Happy Cup Cafe and seeing people running at Bankstown City Plaza at about 3.40pm on Tuesday.

Police said the man, aged in his 60s, had several gunshot wounds and died at the scene.

“We do believe that it is a targeted attack – that’s how it appears at this stage,” Acting Commander Brad Thorne said.

The ABC understands the man was a solicitor in the area.

Police believe a handgun was used in the attack on the street, which is one of Bankstown’s major arteries.

‘There was a lot of blood’

A witness who owns a local bakery told the ABC she saw the victim shortly after the attack.

“He was lying on the floor with a lot of blood and there was a woman doing CPR on him and then about 10 minutes later the police came,” she said.

Another witness, Vito, said he heard the attack.

“I heard bang bang, bang, bang and people were running around,” he said.

“It was so scary. It was crazy.

“We heard people who were screaming and a lot of women and children were running past here.”

Officers from Bankstown Local Area Command, with the assistance of detectives from State Crime Command’s Homicide Squad, will investigate the incident.

Bankstown City Plaza has been closed to the public.

Gunman on run after man shot dead in ‘targeted attack’