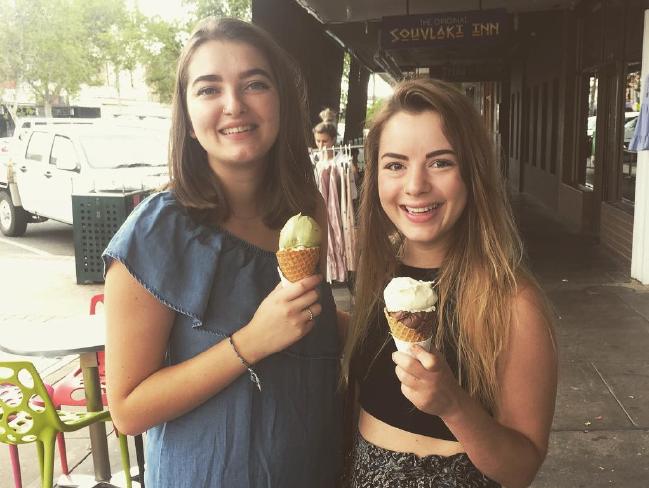 Best friends of a young British backpacker found dead in an inner Sydney apartment in a gruesome murder-suicide involving an older Nepalese man are in shock.

The bodies of 22-year-old Amelia Blake and another man in his 30s were discovered at a Newtown unit on Friday afternoon after concerns were raised for the pair’s welfare.

Ms Blake had spent most of her time in Australia working on a farm in Victoria, and had plans to head to Tasmania, NewsCorp Australia reports.

Friends in the UK have written on social media after learning of Ms Blake’s death.

“We couldn’t believe the news … absolutely devastating and just can’t get our head around it. She was the most incredible girl,” Ellie Mackness wrote on Facebook on Thursday.

Ms Blake’s best friend Rhys James Collington said they had been best friends since they were four years old.

“This has broken my heart into a million pieces … it’s almost unimaginable that I’ll never see you again, my dear friend,” Mr Collington posted on Facebook.

According to NewsCorp, Ms Blake was killed by the Nepalese man who she had just started dating.

The UK Foreign and Commonwealth Office (FCO) confirmed it was providing support to the family of Ms Blake.

“Our staff are in contact with the New South Wales police,” the FCO spokesman told AAP in a statement.

A strikeforce was established to investigate the circumstances of their deaths with a murder-suicide a line of inquiry being investigated, a NSW Police spokeswoman told AAP on Sunday.

Post-mortems have been carried out on both the bodies, a police spokeswoman told AAP on Thursday.

Friends shocked by murder-suicide of UK backpacker in NSW