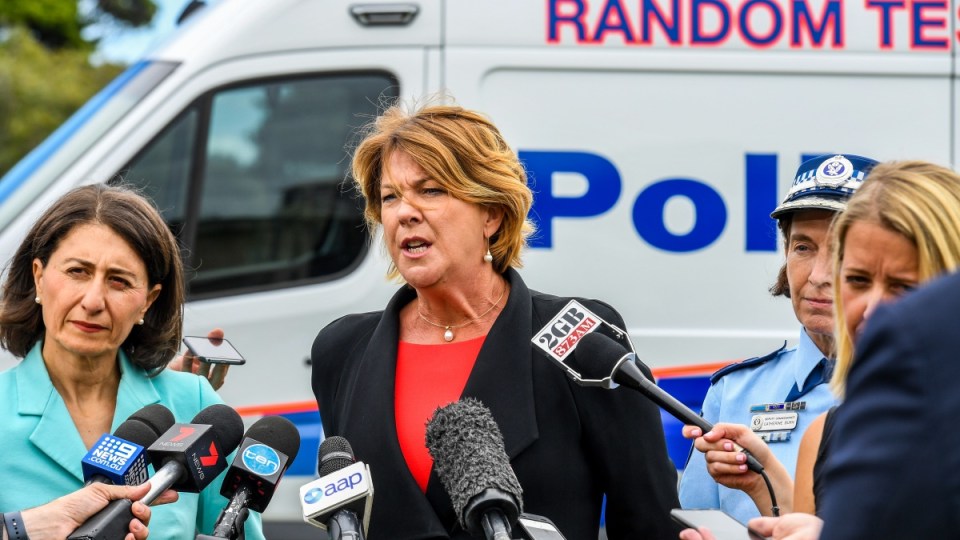 The New South Wales roads minister has been lashed after suggesting truck drivers could be zapped with electric shocks to reduce carnage on the roads.

Melinda Pavey brought up automated driving technology on Wednesday after five people died in truck-related crashes across the state in just 24 hours.

“The technology is now so advanced, a driver can be driving and get an electric shock if they look away from the windscreen for more than two seconds,” she said on ABC radio.

Ms Pavey did not respond to requests for comment. Speaking to news.com.au, she said her initial comment had been taken out of context but would not rule out shock technology.

She announced a further $1.6 million towards testing autonomous emergency breaking on Wednesday.

NSW has seen a 45 per cent increase in heavy vehicle fatalities over the past year. Ms Pavey said truck drivers were not always to blame, but that a trucking company or supplier could be at fault.

The union’s state secretary Richard Olsen said truckies were victims themselves, and were put under unreasonable pressure to make deadlines.

“A lot of problems on our roads actually are born in the boardroom by big bosses and people like retailers and others who control our industry through pricing of contracts,” Mr Olsen told The New Daily.

A union spokesperson added that drivers were under pressure to speed and drive “gruelling hours”, “all the while they are being ripped off”.

Last year, Macquarie University found 80 per cent of truck drivers worked more than 50 hours a week, while 10 per cent did more than 80 hours each week.

Most recently, a man and a woman, both 19, were killed when a semi-trailer ploughed into cars stopped at roadworks on the Newell Highway near Dubbo on Tuesday afternoon.

And authorities on Wednesday began investigating a transport company involved in Monday’s fiery crash on the M1 south of Newcastle, which killed a tanker driver.

Two men also died after their trucks were involved in a head-on collision on the Gwydir Highway near Grafton on Monday afternoon.

“We won’t be afraid to tackle those that are doing the wrong thing. It’s not just the truck driver, it might be the company and it might be the person that we’re supplying the goods to,” Ms Pavey said.

On Tuesday, she implored motorists to slow down, take regular breaks, wear a seatbelt and put away mobile phones.

“I have been both saddened and horrified for families across this state who have lost loved ones or been involved in these incidents,” she said in a statement.

A parliamentary inquiry report into the use of technology to improve road safety is expected to be released in May.

Finder.com.au on Wednesday released analysis showing transport was the second-most deadly industry in the country, after the agriculture, forestry and fishing industry.

Analysis by the Victorian coroner’s court found truck drivers had the highest number of suicides out of any other profession, with 53 drivers taking their lives between 2008 to 2014.