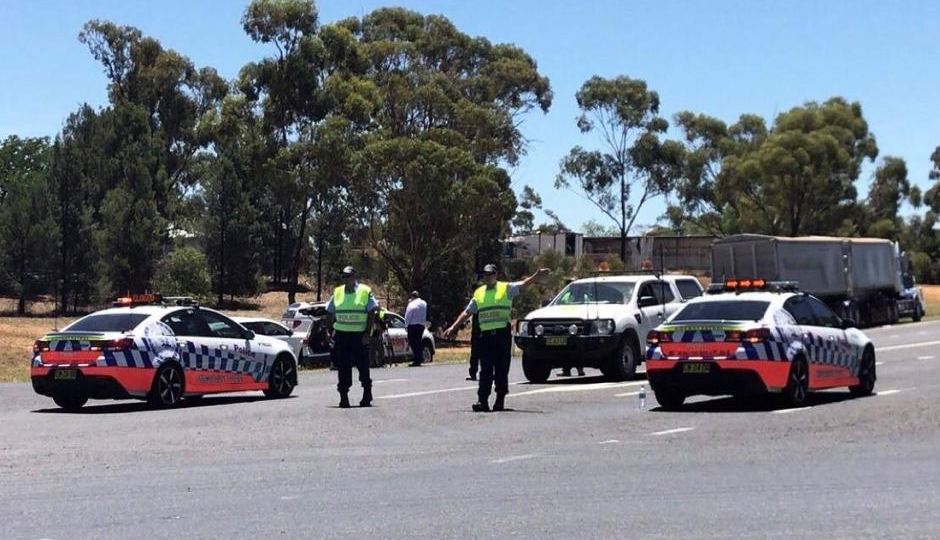 Two people have died and eight more have been taken to hospital after a “horror” multi-vehicle crash near Dubbo, in which a truck allegedly failed to stop at roadworks.

Both had been trapped for over four hours.

The 18-year-old was taken to Westmead Hospital with back burns while the other person is believed to have been flown to another trauma hospital in an unknown condition.

A roadworker collapsed with shock, while New South Wales Police said seven vehicles were involved in the incident which occurred about 12.30pm about 20 kilometres north of Dubbo.

NSW Roads Minister Melinda Pavey said the B-double truck hit traffic which was stopped at the site after failing to stop at a stop-go sign.

“This is an absolute horror,” she said.

“We had one of our workers collapse with shock, who was working on that site.

“There are innocent people caught up in this.”

NSW Police Superintendent Peter McKenna said all vehicles involved in the crash were travelling in the same direction.

An infant was among the eight people already taken to hospital in a stable condition.

“The scene is still being processed,” Superintendent McKenna said.

“We are awaiting on specialist police from the New South Wales Police crash investigations unit to come from both Sydney and Bathurst to continue the investigation as will our specialist crime scene police and detectives assisting.”

The Newell Highway – a major artery between Melbourne and Brisbane – is closed in both directions and motorists are being urged to avoid the area and to travel via Narromine.