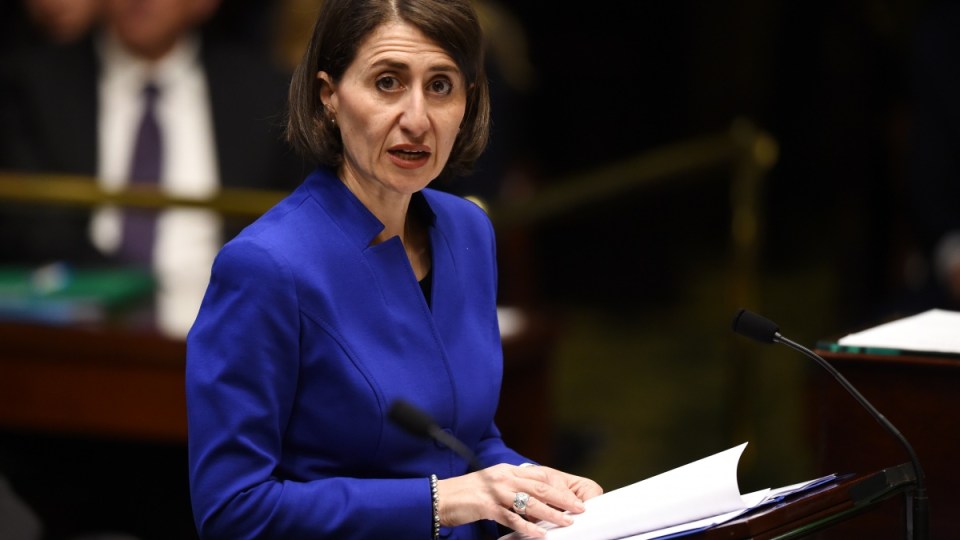 Gladys Berejiklian said housing affordability was a priority but did not raise the issue federally. Photo: AAP

NSW Premier Gladys Berejiklian, who said housing affordability was her top priority when she took the top job, reportedly ignored advice for a review of negative gearing and capital gains tax breaks to reduce house prices.

Ms Berejiklian was advised by NSW Treasury officials in late 2016 – when she was the state’s treasurer – to push the federal government for the review, a cabinet-in-confidence briefing note obtained by the Labor opposition shows.

The revelation comes after confidential federal Treasury advice was published earlier this week which contradicted Turnbull government claims that changing negative gearing and the capital gains tax discount would act like a “sledgehammer” on the Australian economy.

NSW opposition treasury spokesman Ryan Park said both the NSW and federal governments had misled the community about policies that could address the housing affordability crisis.

“The NSW Premier and the Treasurer should be ashamed of themselves for letting down NSW first home buyers by refusing to advocate for negative gearing reforms proposed by Labor to help first home buyers, particularly in Sydney, get a foot in the door,” he said in a statement on Thursday.

The NSW briefing note suggested the federal Treasury could conduct a comprehensive study of negative gearing and capital gains tax arrangements “and consider alternative policies that would improve outcomes for Australians”.

It said the housing affordability crisis in NSW could hurt businesses which would have to pay higher wages to cover workers’ higher living costs.

Students could leave NSW to attend universities interstate where the cost of living was lower, the note warned, while a fall in home ownership could lead to greater welfare dependency for older residents.

There was also a “greater risk of increased inequality” by maintaining policies which favoured investors over owner-occupiers, Ms Berejiklian was warned.

“At the end of the day it’s the minister’s job to make sure that we’re making decisions in the best interest of the majority of people in NSW and I’m sure that would have been in the premier’s mind,” he told ABC television on Thursday.

Mr Hazzard argued negative gearing could be positive by pushing down rents.

“The fact we’ve got so much rental accommodation, possibly through negative gearing as well, is actually driving down the pressure on rentals,” he said.

“The Labor party is committing a huge hoax,” she said in a statement.