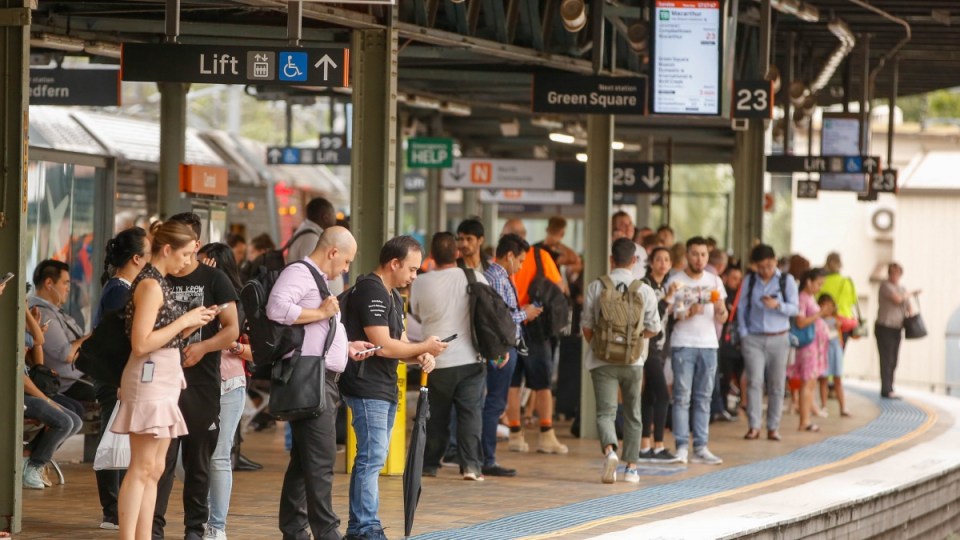 Short of a $200 billion fix, Sydney commuters could be battling delays on the public transport system for some time to come.

But transport logistics expert Dr David Hensher believes there could be some quick fixes.

Dr Hensher said buses should have been brought in to replace trains when the network sensationally ground to a halt during peak hour on Tuesday evening.

Dr Hensher, the founding director of the Institute of Transport and Logistics Studies at the University of Sydney, conceded the occasional meltdown was an unfortunate reality.

“To be fair if it happens during the peak, most buses are fully occupied,” Dr Hensher said.

“It’s very difficult. You can plan for the peak, but you can’t spend huge sums of money having buses hanging around doing nothing just in case once or twice a year we got what we saw [on Tuesday].”

A Sydney Trains spokesperson told The New Daily more than 70 buses were used on Tuesday evening to help with timetable recovery, including 20 operating between city stations.

Dr Hensher said the NSW government was “trying to do a lot of catch-up” after years of neglect and there had been a spike in demand for public transport in Sydney over the last year.

Commuters again complained of being held “hostage” by the rail network on Wednesday when train services failed to stop at scheduled stations or changed route mid-trip.

It was nothing compared to Tuesday evening, when hundreds of thousands of passengers were stranded on platforms across the city.

The new more-intensive timetable, adding 1500 services, has been blamed for omitting contingencies to cope with disruptions – meaning delays affect the entire network.

Concerns were highlighted by Sydney Trains in a memo last year, leaked to Sydney Morning Herald.

Nine News on Wednesday reported on a Sydney Trains letter which said it was 50 drivers short and had planned mass cancellations for Monday and Tuesday.

That was exacerbated on Tuesday by an electrical storm, called “an act of God” by NSW Transport Minister Andrew Constance.

Alex Claassens, the NSW Secretary of the Rail, Tram and Bus Union, disputed the “disgraceful” suggestion.

“To suggest that a few people falling ill would cause a large number of services to be cancelled is ridiculous. At any given day, there are about 40 workers who are sick,” Mr Claassens said in a statement.

There were 50 drivers who called in sick, only an extra 10 more than usual.”

He said the new timetable had been poorly planned and under-resourced.

“The new timetable is providing a much higher level of service, including frequency, and it’s caught them out because they just haven’t managed to get enough drivers in sufficient time.”

It’s understood there are more than 1170 Sydney Trains drivers, and 226 trainee drivers have been employed since 2016 in anticipation for the new timetable.

Mr Constance has asked the head of Sydney Trains, Howard Collins, and Transport Secretary Rodd Staples to report to him within the next two weeks on how the network can better recover from major incidents.

Earlier on Wednesday, Mr Collins maintained the new timetable wasn’t rolled out too early due to government pressures.

He admitted the system took longer to recover from disruptions under the new timetable and revealed Tuesday’s meltdown occurred when the system was only operating at 50 per cent of its usual patronage.

He said more train drivers were being recruited.

Mr Constance has ruled out refunding affected passengers for their journeys.

Opposition Leader Luke Foley compared Tuesday’s network breakdown to “third world” conditions and called on the government to return to the old timetable.

Greens NSW transport spokesperson Mehreen Faruqi blamed the new timetable and said the system was “stretched to the limit”.

“I suspect this government’s strategy is to run the system into the ground to make the handover to the private sector more palatable, meanwhile the people suffer.”

Labor victory fires up Tamil family’s hopes of return to their Biloela home
Analyst: Sharemarket will be anxious about a Labor pact with Greens
French foreign minister hails defeat of Morrison and his ‘notorious incompetence’
Tiger Woods quits PGA tournament after the worst round of his career
COVID claims 18 more lives as nationwide daily cases soar above 35,000
Volodymyr Zelensky: How war will end as Ukraine ‘breaks backbone’ of Russian army
Threat to cut shark nets if government fails to act
Today's Stories