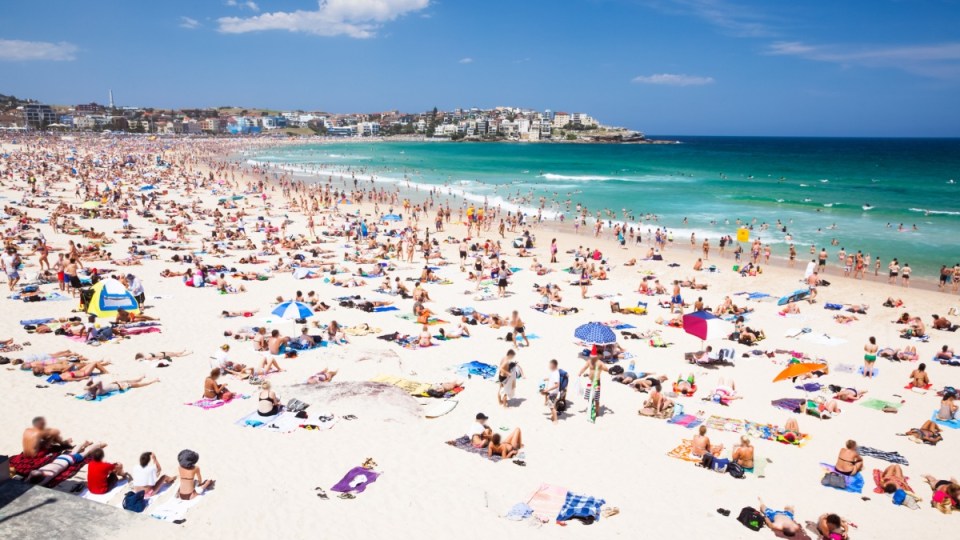 With temperatures set to hit 45 degrees, even Sydney's most ardent beachgoers will think twice before seeking relief under a baking sun at iconic Bondi. Photo: Getty

Sydney’s homeless could be moved to cooler locations and total fire bans are in place with temperatures predicted to reach 45 degrees in parts of the city today.

The Bureau of Meteorology (BOM) is expecting the western centres of Penrith and Richmond to be the hottest areas, but there will be no escape in the Harbour City’s heatwave.

Charities are concerned rough sleepers could be particularly vulnerable, with the mercury expected to reach 38C in the CBD.

“If anyone is concerned for the wellbeing of someone who is homeless, we encourage them to give us a call.”

An Air Quality Forecast alert of poor for the Sydney region has been issued by the NSW Office of Environment and Heritage, as ozone levels are forecast to exceed national air quality standards.

The BOM is expecting a front to bring cooler conditions to coastal areas during the afternoon and through the west in the evening.

“We do have a southerly change moving it’s way up the coast during the afternoon,” she said.

“It will gradually migrate further inland and that will provide a significant relief to the temperatures overnight.”

Another large crowd is expected at the SCG for day four of the Ashes cricket Test between Australia and England.

Sydney Water said it had installed 12 free water refill stations at the venue to help people stay hydrated, and encouraged spectators to bring their own drink bottles.