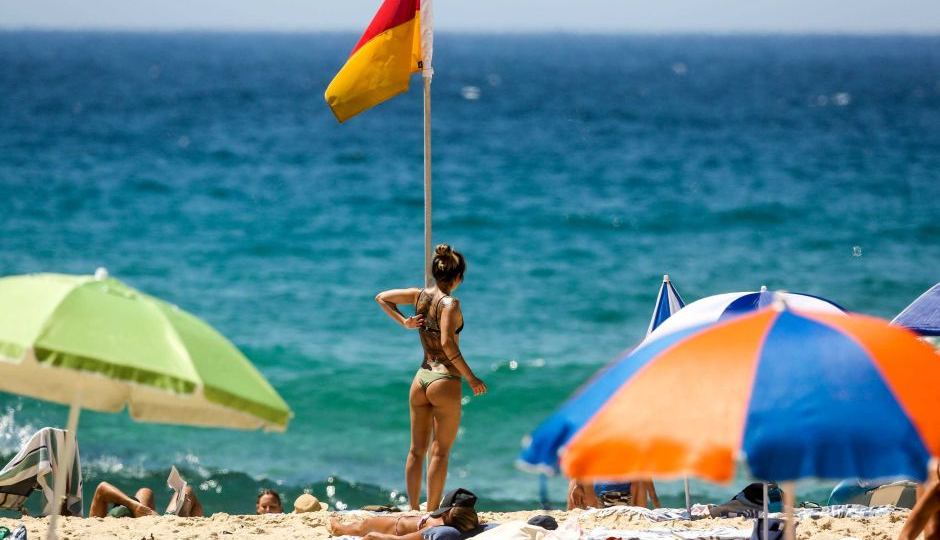 Australians can expect the unseasonable heat to continue this month. Photo: AAP

Sydney has sweltered through its hottest day in almost 80 years, pushing the mercury to 47.3 degrees in the western suburbs.

The Bureau of Meteorology initially said Penrith had smashed the all-time record on Sunday but later revised the claim.

The bureau had skipped over a record in the north-western Sydney suburb of Richmond, at a now closed weather station.

Sunday remains the record high for Penrith, and the second highest for the Sydney basis overall.

Penrith has had six days over 40 degrees so far this summer, he said.

“It’s significant we’ve had this many 40 degree days so far, and we’re not even halfway through the season,” Mr Casper-Richardson told The New Daily.

Thousands of people were left without power as temperatures soared across the state, according to electricity provider Ausgrid.

More than 4000 properties on the NSW Central Coast were affected, while almost 3000 properties were left without power throughout Sydney.

An Ausgrid spokeswoman said while additional load on the network from the high temperatures had contributed to some of the outages, there were several other factors at play.

Even the iconic sausage sizzle at a Bunnings Warehouse store was closed due to the heat, according to a photo circulating social media.

Sydney’s heatwave caused problems at the Sydney International tennis, with fifth seed Kristina Mladenovic retiring after being badly affected by the heat.

Animals at Taronga Zoo on Sydney’s north shore were fed a variety of iced foods to keep them cool, with Fergus the Hippo feasting on some carrot ice blocks.

Even the otters at Taronga Zoo were feeling hotter … they were fed some prawn ice blocks while 8yo Fergus the hippo preferred a carrot confection. Pics: ABC News / Emily Laurence #SydneyHeatwave pic.twitter.com/Lh1Wt5hZ1m

A “fairly shallow and weak southerly change” moved over the city about 6pm on Sunday evening.

But Mr Casper-Richardson said it was unlikely to bring much relief.

Penrith is forecast to be 40 degrees on Monday, while the city is predicted to reach 33 degrees.

He said it would feel a few degrees warmer due to high humidity.

“We’re not going to see the proper change coming through until Tuesday,” Mr Casper-Richardson said.

The temperature will drop to 25 degrees in the city from Wednesday, and in the high-20s in the western suburbs.

There was a severe fire danger in the Greater Sydney Region and Greater Hunter on Sunday. It will continue in the Hunter on Monday.

Total fire bans were in place for Sydney and the Hunter region on Sunday.

The NSW Rural Fire Service had warned residents to prepare their bushfire plans.

Meanwhile, NSW Health warned people to drink plenty of water and limit their time outdoors because of a rise in ozone pollution as a result of the hot, still weather.

Sydney was forecast to have poor air quality on Sunday which can especially affect people with asthma and chronic obstructive pulmonary disease.

Environmental health director Dr Ben Scalley also warned of the dangers of a heatwave which put strain on the body, can cause dehydration, heat exhaustion and heat stroke.

“We know over the next two or three days we’re going to experience severe to extreme heat conditions throughout NSW,” she said before reminding people it was an offence to leave children or pets in vehicles.

“Cars become a furnace very, very quickly in this type of heat.”

Surf Life Saving NSW has implored people heading to the beach to take care given there have been 10 drownings since the beginning of December.